Ron Rash is the poet laureate of Appalachia, a writer whose insight and empathy have illuminated this terrain in three transcendent novels, stories and collections of poems.

In his latest volume of stories, spanning the entire twentieth century in this region, Rash chronicles the onset of the modern era in rural communities, the deterioration of the old ways, and the violent arrival of a larger world.

Three old men stalk the shadow of a giant fish no one else in town believes is there. A son watches his father take up scuba diving in the town reservoir to fight off a killing depression. A grieving mother leads a surveyor deep into the thorny woods to find and name, so she can inscribe his death in her family bible, the exact location, the county and state where thieves murdered he son.

In the Appalachian Mountains of Ron Rash’s stories, the collection of the Old and New South, of antique and modern, of family and the wider worlds, resonates with the depths and power of ancient myths.

Ron Rash writes some of the most memorable novels of this young century…One of the major writers of our time.
— The Atlanta Journal-Constitution

“Reading Rash’s tale is like listening to a plaintive mountain ballad about a time and place long vanished: the lyrics are sweet and mournful, wistful and dark.”
— The Charlotte Observer on One Foot in Eden

“The supreme achievement in Mr. Rash’s work inheres in a quality derived partly from his remarkable skill, partly from the richness of his regional past, largely from his dramatic instincts, stoic voice, and deep humanity, that have created here not so much a collection of poems as something with the coherence of a perfectly composed novella – a long account by, say, Chekhov or Faulkner, Eudora Welty or Flannery O’Connor… My admiration for this achievement is without limit.”
— Anthony Hecht, Introduction to Ron Rash’s poetry collection, Among the Believers 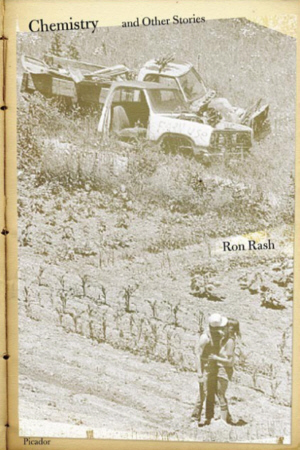