Ron Rash’s family has lived in the southern Appalachian Mountains since the mid-1700’s, and it is this region that is the primary focus of his writing. Rash grew up in Boiling Springs, North Carolina, and graduated from Gardner-Webb College and Clemson University. He holds the John Parris Chair in Appalachian Studies at Western Carolina University. Rash is the author of 9 books: The Night The New Jesus Fell to Earth (short stories), Casualties (short stories), Eureka Mill (poetry), and Among the Believers (poetry), Raising the Dead (poetry), One Foot in Eden(novel), Saints at the River (novel), The World Made Straight (2006), and Serena (2008). His poetry and fiction have appeared in over one hundred journals, magazines, and anthologies, including The Longman Anthology of Southern Literature, Western Wind, Sewanee Review, Yale Review, Georgia Review, Kenyon Review, New England Review, Southern Review, Shenandoah and Poetry.

In 1994, Rash was awarded an NEA Poetry Fellowship, and he won the Sherwood Anderson Prize in 1996. In 2001, he won the Novella Festival Novel Award, and in 2002 the Foreword Magazine’s Gold Medal in Literary Fiction for One Foot in Eden. The novel was also named Appalachian Book of the Year. His second novel, Saints at the River, was named Fiction Book of the Year by both the Southern Book Critics Circle and the Southeastern Booksellers Association. In 2005 Rash won an O. Henry award for his story “Speckled Trout” and received the James Still Award by the Fellowship of Southern Writers. 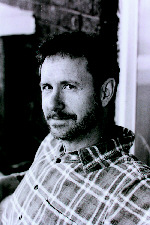