“But Muley was walking fast now on the slippery sidewalk and Jill would have to cross California quickly if she wanted to catch him…”
(From Crossing California, January 20, 1981)

More than a year and a half has passed since Jill Wasserstrom tried to catch up to Muley Wills in West Rogers Park. Now, they are high school students in love, but will their relationship survive as their world expands beyond the boundaries of West Rogers Park? Over the course of five years – from 1982 to 1987 — Jill, Muley, and their families and friends will experience love, betrayal, reunions, sex, death, and rebirth. They will live through years of triumph and despair—the deaths of Leonid Brezhnev, Yuri Andropov, and Konstantin Chernenko and the rise of Mikhail Gorbachev; the death of the Chicago political machine and the rise and fall of Harold Washington; the explosion of the Space Shuttle Challenger and the arrival of Halley’s Comet. They will travel from Chicago to Cape Canaveral, Florida, to New York, Europe, and beyond. And once again, Jill and Muley will find themselves on a street corner in a very different Chicago from the one they first knew. 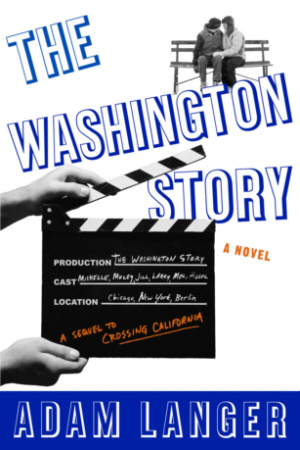