The Oregonian – September 17, 2005
“A probing look at some of the improbably rich people from America’s most recent gold rush… As Clark deftly shows, it’s not about the money that allegedly allows art to occur, it’s about the authenticity of the artist’s motive…It’s well worth the effort to track down Lives of the Artists because this is a revealing novel about people who dream of having the leisure in their 30-40ish adulthood to pursue a creative endeavor purely for art’s sake and then get the opportunity to do it. And isn’t that what most of us want?”
— Matt Love

The Vancouver Sun – July 23, 2005
“Delightful.. adroit and amusing… Clark’s novel is full of artists, mainly of the would-be variety… It’s all about authenticity. Everybody wants it and nobody wants to see it in somebody else, rendering them each, in their own way, faintly despicable… Clark excels at the light touch. He gives his characters beauty and ease and perhaps even genius, and still they aren’t happy… It’s somehow perversely satisfying when things begin to go wrong.”
— Sara O’Leary

Globe and Mail – July 23, 2005
“Each of the novel’s central characters… is an unreliable narrator… The reader’s opinion is the only truth. This is an empowering tactic that imbues the characters with unwritten profundity… Exposing the lascivious romance behind every idyllic Italian trellis, Clark provides an engaging read that could cause prospective travellers to question their motives for visiting the country… Well written and riddled with intricate interior monologues, literary discussions and novel social frameworks.”
— Janine Armin 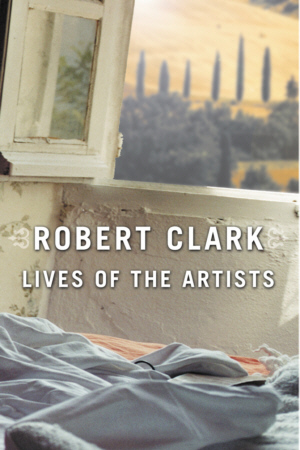