Robert Clark was born and raised in St. Paul, Minnesota. He received a bachelor’s degree in English from the University of California, Berkeley, and did graduate study in Medieval Studies at the University of London. After returning to the United States, he spent many years as a freelance journalist and editor specializing in travel, food, wine.

His career in this area culminated with his first book, The Solace of Food: A Life of James Beard, which received full page reviews and/or cover treatment in the New York Times Book Review, Washington Post, and San Francisco Chronicle and also won the Julia Child IAACP award. His other non-fiction books include River of the West, a chronicle of the Columbia River, and My Grandfather’s House, a memoir that was named a finalist for the Los Angeles Times Book Award in biography.

Clark is the author of four novels: In the Deep Midwinter; Lives of the Artists; Love Among the Ruins, a double BookSense 76 pick in both hardcover and paper; and Mr. White’s Confession, which won the Edgar Award for Best Novel as well as the PNBA Award. It is currently in pre-production as a motion picture by James B. Harris, producer and collaborator of the late Stanley Kubrick.

Clark lives in Seattle with his wife, Caroline, and children, Tessa and Andrew. He teaches fiction and non-fiction writing at universities, conferences, and workshops. Most recently, he was a Guggenheim fellow and is currently working on a book of memoir/essays. 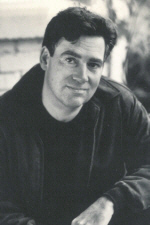