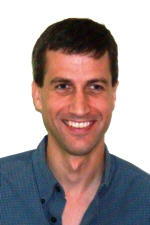 HE’S BEEN SHOT AT, yelled at by officers, and driven across Iraq in armored vehicles stuffed with 16 Marines who haven’t showered in a month. And Michael Phillips is not even a soldier—he’s a journalist for the Wall Street Journal. In his new book The Gift of Valor: A War Story, the Minneapolis native relates with startling clarity the story of Corporal Jason Dunham, a 22-year-old in Iraq who jumped on a grenade to save the men in his unit. Phillips had four stints of embedded reporting in Iraq, a job that sometimes brought him boot to boot with commanding officers who threatened to kick him out for his reportage. More often, he learned intimate details of soldiers’ lives, from stories about the small towns the young men left behind to the practice of poking enemies’ eyes with a rifle barrel to make sure they were dead. In his life as a correspondent, and in his book, there’s no looking away from war’s realities.

Cut to the chase—how close did you come to dying?
During the invasion, shot-at-kind-of-close. During the occupation, sort of “shot near.” On arriving in Baghdad, a rocket-propelled grenade went 20 feet over my head, that’s how close.

Your most eye-opening experience?
After a particularly intimate firefight in Baghdad, where the Marines were shooting at Iraqis from distances of 10 and 15 feet and throwing grenades—in one case the grenade got thrown back before it exploded—they sat down to have a group therapy session. One guy was 21 and said, “I’m going to have this image in my brain for the rest of my life, this young Iraqi lying on the ground with a bullet hole in his head and his brains seeping out on the sidewalk.” Whereas a particularly tough sergeant said, “I came here to kill people; that’s what I do. I got no problem with that.”

It’s been suggested that embedding reporters compromises objectivity. What’s your take?
You are writing about the people who are protecting you every day; I think that raises legitimate questions about objectivity. On the other hand, people who criticize the embedment concept imply that embedment is the only way to cover the war, when in fact what the readers or viewers get is more information from more points of view than they
otherwise would have.

What about criticism of the media being in lockstep with the military?
It’s a fundamental misunderstanding of the way the media works. I’m sure there are journalists who have agendas, but most of them really just seek stories that their readers will want to look at.

Did you feel restricted at all by the Marines?
I thought they were extremely open—probably because when you have 900 guys, somebody’s going to tell you pretty much everything, even things that the higher-ups don’t want you to know. I found out that a prisoner died in the custody of the battalion I was with, and the battalion commander was very upset. But my job is not to make things more comfortable for him. That was one of those instances of “You report that and that’s it, you’re done,” but he didn’t follow through on that. In fact, he and I get along quite well. You can’t be a journalist and have excessively thin skin.

What does valor mean to you?
What makes a 22-year-old—in the course of one second, two seconds—decide to risk sacrificing himself to save the men beside him is sort of unknowable to me. The quote at the end of the book from Carl Sandburg basically says you don’t know if you have valor until that moment comes, and Jason Dunham had it when the moment came. I’m sure he left a lot of his fellow Marines wondering if they would have it when the moment came. And for them, going back for their third tour, the moment could well come. 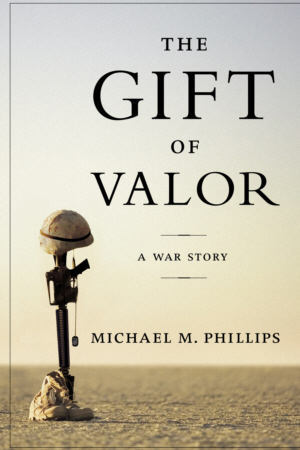