It’s 1960, and David Swan is two years into his life sentence for murdering the lover of his ex-girlfriend, Katya Osman. In the dead of night, David escapes from prison, and that same night Katya is found murdered in her uncle’s home, Blackwater Hall.

Inspector Trave of the Oxford Police, last seen in The Inheritance, heads the manhunt for David, whom he first brought to justice two years earlier. But Trave’s suspicions lead him to Katya’s uncle Titus Osman, a rich diamond dealer, and his sinister brother-in-law, Franz Claes, who has gone to great lengths to hide his former ties with the Nazis. However, Trave’s motives are suspect – Osman is having an affair with Trave’s estranged wife, Vanessa, and a newcomer to the Oxford Police, Inspector Macrae, is eager to exploit Trave’s weaknesses to further his own ambitions. Caught up in his superiors’ rivalry, Trave’s young assistant, Adam Clayton, finds himself uncertain as to who is right and which side to choose. Once David is captured and put on trial for his life, Trave is willing to risk everything that is dear to him – professionally and personally – to pursue his obsessive belief in Osman’s guilt.

In this expertly crafted follow-up to his acclaimed novel The Inheritance, Simon Tolkien has once again written a gripping and nuanced thriller laced with historical detail, treachery, and his signature writing style – a uniquely suspenseful blend that the Los Angeles Times called “half Christie and half Grisham.” 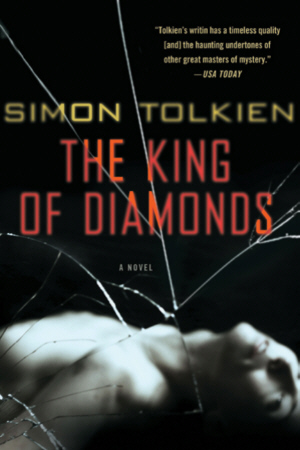