A compelling thriller laced with Simon Tolkien’s signature writing style, praised by the LA Times as “half Christie and half Grisham”.

With the publication of The Inheritance, Simon Tolkien was lauded as a naturally gifted storyteller who possesses a terrific command of language and a unique perception into the darker sides of human nature. Now, Simon takes readers back to the case that started it all for Trave, the hero of his last two critically acclaimed novels.

It’s September of 1940. France has fallen and London is being bombed day and night. Almost single-handedly Winston Churchill maintains the country’s morale. Britain’s fate hangs in the balance and the intelligence agencies on both sides of the Channel are desperate for anything that could give them the edge.

Albert Morrison, ex-chief of MI6, is pushed over the banister outside his London apartment. He falls to his death at the feet of his daughter, Ava, but it is too dark for her to see the attacker before he escapes. Two Scotland Yard detectives attend the crime scene: Inspector Quaid and his junior assistant, Detective Trave. Quaid is convinced that this is a simple open-and-shut case involving a family dispute. But Trave is not so sure. Following a mysterious note in the dead man’s pocket, Trave discovers that Morrison was visited by Alec Thorn, deputy head of MI6, on the day of his death. Could Thorn—who is clearly carrying a flame for Morrison’s daughter—be involved in a plot to betray his country that Morrison tried to halt, and if so, can Trave stop it in time in this gripping and intelligent thriller? 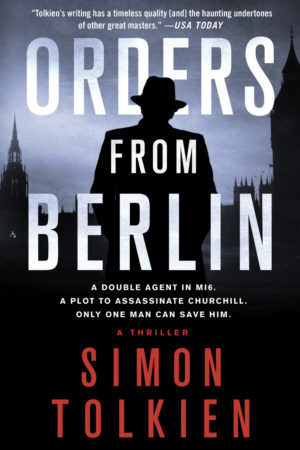