AMERICAN GHOST is a complex and compulsively readable novel about love and identity. Jolie Hoyt is a small town girl living in panhandle Florida. Her father is a Pentecostal preacher who sells insurance on the side and her best friend is a lively southern beauty hoping to pursue a degree in interior design. Jolie is ambitious, lonely, whip-smart, and all-too-aware of her family’s closet full of secrets and long-held distrust of outsiders. But she throws caution to the wind when she meets and falls in love with Sam Lense, a Jewish graduate student from Miami in town to study the ethnic make-up of the region. Jolie and Sam’s love affair ends abruptly when Sam is discovered to have pried too deeply into the town’s dark racial past and a lynching with ties to Jolie’s family. He returns to Miami following a suspicious accident that leaves him shot in the back.

Fourteen years later, Jolie and Sam are living separate lives though neither one can forget about the other. But when Hollis Frazier, a black businessman in Memphis who has set out to uncover the truth of the past and do right by his father’s memory, happens upon Sam’s old study, Sam and Jolie are brought together again. They are forced to revisit the unresolved issues of their early love affair, and finally bring to light the dark history of Jolie’s hometown.

“I do not believe you can understand where the American South has come from or where it is going unless you know the work of Janis Owens. Nor do I think you can understand America unless you have some insight into the mysterious ways the South has shaped our country. Owen’s voice is pure as a stream and as real as a plowed furrow. The South has rarely produced a writer this authentic and original.”
— Pat Conroy author of The Lords of Discipline, The Prince of Tides 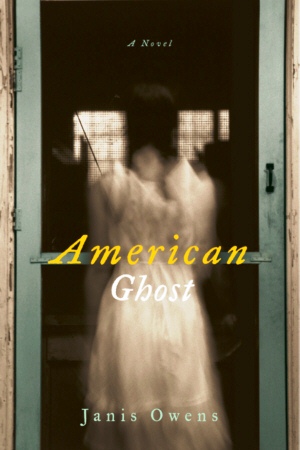