People Magazine – October 22, 2012 (4 1/2 star review – out of 5)
“Part-thriller, part romance, and based on actual events in the author’s hometown, this wrenching novel is a fine example of southern storytelling.”

Tampa Tribune – October 14, 2012
“The past is never dead. It’s not even past,” William Faulkner wrote in what may be his most famous lines. He was talking particularly about the South, and if you would like an example of how right he was, read Janis Owens’ American Ghost. This compelling novel begins as a love story between a lonely small-town teenager and a dashing (in a scholarly-nerd sort of way) stranger. But it turns into both a thrilling, multilayered mystery and a fearless look at the tragic delusions of American racism”

Publishers Weekly – August 6, 2012
“A thwarted romance set against the backdrop of a town’s difficult history, this story showcases Owens’s talent for characterization and her ability to make settings come alive” 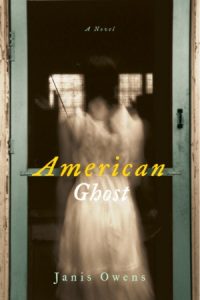