I read Lord of the Flies by William Golding in ninth grade English glass.  My teacher that year was an older lady, stodgy and proper. Sometimes when she spoke, I swore it was in a different language—a cold and clinical language.  I didn’t understand half of what she said about motifs, symbols, allusions, and allegorical levels, but that wasn’t the problem.  The problem was that whenever she disassembled a book into a complicated pile of literary devices, I lost the emotional intensity I’d felt while reading it.  The raw, almost palpable connections I’d made with characters faded away.  Plotlines would lose their zest.  “Wow!” and “Oh my god!” scenes would become banal.  Later, in college, I’d discover that knowing the technical underpinnings of a book could actually enhance the reading experience.  But in ninth grade, listening to my teacher drone on about literary devices was like listening to static.

I wondered, would my teacher find a way to suck the life out of Lord of the Flies too?  I hoped not. After all, I’d found the novel riveting.  It had nibbled at my conscience and made me question the very nature of human beings.  Some of the scenes, especially the ones involving the character Jack, had wormed their way into my sleep and given me nightmares.  This was not a book that would wither under dissection.

So I listened to my teacher parse through it. I listened carefully.  Until she made a fateful comment: “So you see, class, in setting the boys on an uninhabited island, Golding created a perfect microcosm.”

That’s when I realized, in English class as in life, you don’t have to believe everything you hear. A perfect microcosm?  Really?  How could that be?  The island couldn’t possibly be a “perfect” microcosm because—guess what?—there were no girls on it!

I don’t think my fourteen-year-old self announced this flash of insight in class.  I don’t have any memory of doing so. But I still remember how frustrated, and even angry, I was at my teacher’s comment.  That old pang of annoyance, which I’ve never quite gotten over, was one of the reasons I wrote  Damselfly.  I’d always wanted to read a Lord of the Flies-esque book with girls—rather than boys—at center stage.  In my modern version of the tale, the sexes are equally represented, but the girls form the heart and soul of the story.

As with my other novels, I used spreadsheets to make an outline of the plot. And as with my other novels, I veered off course from these spreadsheets.   Damselfly started out as a direct response to Golding’s novel.  I attempted to ask and answer some of the same questions Golding did.  What happens when vulnerable young people are displaced and left to fend for themselves?  Do they create new rules and order?  Or does the very notion of civilization disintegrate?   If violence and chaos reign, does that mean that human beings are naturally depraved?  Is civilization just a cover-up for our savage instincts?  These are important questions and I sought to answer them in a reasonable and thoughtful way.  I was especially interested in whether girls would act differently from boys if placed in similarly terrifying circumstances.

But as I wrote Damselfly, I found that what had started out as a book about plot and ideas was not just that.  My novel was focused, too, on characters.  The reason?  I couldn’t say enough about my two protagonists: Samantha “Sam” Mishra and her best friend, America “Ame” Sharpe.  As the pages piled up, one thing was increasingly clear.  The bond between Sam and Ame was the most distinct aspect of the book.  The ideas were still there, sure, but that bond was so vivid, it was almost palpable.

Sam was the easier of the two girls to create. She was mixed-race, observant, and possessed an uneasy sense of self.  Her voice was not my voice, but it was one I knew well, and could convincingly conjure.  Ame was different.  In my spreadsheets, I wrote that Ame should have a little of the spirit and verve of the following:

Not an easy recipe, to be sure! Happily, Ame Sharpe turned out to be not a cockamamie combination of all these characters, but a unique and fully formed one in her own right.  She is someone I wish I could have known when I was a kid.  How refreshing it would have been to hang out with a girl who was obsessed with nature, science, and history; who “cared not a lick how she looked”; who’d rather make discoveries and write books than crush on boys; whose differentness brought respect rather than scorn.  I didn’t know an Ame then, but I’m glad to have made her acquaintance now.

As for my ninth grade English teacher, I still don’t think she was right about that “perfect microcosm” thing. But you know what?  No microcosm can be perfect.  Each is destined to be as provocative, disturbing, curious, and disarming as the characters who inhabit it.

I hope all those adjectives, and more, apply to the girls of  Damselfly. 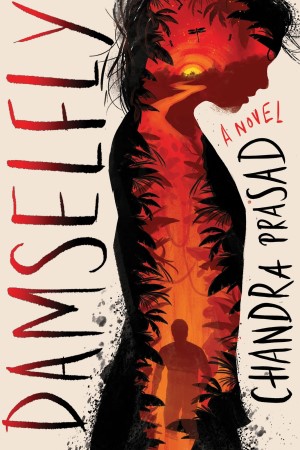 Teachers’ Praise
Reviews
The Story Behind the Book