The Architect of Flowers

THE ARCHITECT OF FLOWERS by William Lychack

I can say this much, perhaps: if I wrote a novel for my father, then now I’ve written a collection of stories for my mother. Even when not explicitly present on the page, it seems my mother inhabits nearly every scene, informs the tone and nuance of every story, her presence running through this book in ways I never expected. It’s astonishing, truly, to find her here like this, just as it’s humbling to see just how long it has taken to touch bottom with the aches and angers that my mother and father passed on to me.

More than 20 years, two books, half my life, and the stories of this collection feel like a bridge spanning what has been my entire writing career, from the initial pull of my father’s death and absence in those early stories (“Thin End of the Wedge” and “The Shell Game”), lifting over and across those once-upon-a-time visions that hold for me the real and uncanny (“A Stand of Fables” and “Love is a Temper”), and setting down again on the other side with the final voice and stories that I see firmly as my mother’s (“Chickens,” “Stolpestad,” “To the Farm,” “The Architect of Flowers”). In other words, I can’t help but see these stories as a kind of journey, a kind of progress I watch from some distance now, a young man trying to fill certain deprivations, trying to lay to rest certain fears as he grows up and becomes a husband and father, writing becoming less an effort to save his life than a way to make a life for himself and his family.

I don’t expect anyone would ever find this in the book. In fact, given the number of years it has taken me to begin to let my situation speak, what I’ve tried to learn is to care so much that I don’t care if anyone else in the world cares. I know this is a kind of lie—but it’s a lie I want to believe—a lie I’ve tried to use in this collection, with as much clarity and honesty as possible, to bring to life the many dim urges and visions out of which arise the real stuff of life, the true joys and beauties and betrayals and promises of death and difficulties and reclamations of love. What I’ve always hoped is to cast some spell from which the reader and I might awake, finally, the world minted into something more new and complex, some conception of love willing to acknowledge both the resentments and freedoms, a restored world full of the choices and the lack of choices that love and commitment brings.

That said, it must also be true, a writer might actually be the least qualified person to describe his or her own work. I don’t mean to slip the work of honoring my own effort, and I don’t mean to hide behind modesty or pretty writing, but I do feel a certain discomfort as I try to describe or assess or step out from behind my stories or try to express my secret hopes or intentions for them. I think this is more than just discretion in the end, the truth being that I’m not often sure what I’m trying to express in a story. In many ways, if I could say with confidence what drove these narratives, what desires or fears I was needing to conjure with these pages, then I imagine I’d have delivered myself of the whole caboodle and done something better with myself.

Instead I find one of the narrators in the collection stepping back, saying, “Strange, sad, interesting how it won’t lie still for me, isn’t it? Maybe not, but almost funny how I keep circling back to this—variations on a theme—my ur-story, my rhyming action, my template for everything that follows? That everything being my father gone, my mother wounded, and myself always this boy trying to lay it all to rest somehow…” Or I find another narrator quoting Emerson, saying, “That though the wide universe is full of good, no kernel of nourishing corn can come to him but through his toil bestowed on that plot of ground which is given to him to till.”

In other words, as I shuffled through boxes of old letters and notes to try to catch glimpses of what this collection might actually look like to someone, as I leafed through everything that friends and editors had written over the years, perhaps the only thing that became clear to me is just how long and humbling and sustained (and oddly sustaining) the process of writing has been. It’s with nothing but humility and gratitude that I see just how far back some of these manuscripts and friendships reach, the entire collection marked throughout by an abiding sense of generosity from readers and loved ones, all the stars to whom I attached this little wagon of a book.

At every turn another voice appeared to help, another letter arrived to encourage the effort, another word of support to remind me to simply care and keep caring. One can be cavalier in the way he speaks about care only when the world seems to arrive armed and ready with generosity and love. One could walk through each of the stories as if conjuring the names of one’s dogs or addresses from the past: my published story, “Thin End of the Wedge,” nominated for a Pushcart by Audrey Curley; “The Ghostwriter” literally costing me my job at the magazine I worked; “A Stand of Fables” written in response to stories that William Maxwell sent to me; “The Old Woman and Her Thief” appearing to me out of nowhere, long nights writing in the kitchen of that small apartment on West 108th Street, rats scratching at the walls and cabinets in the quiet; every story connected to some event or person or place for me.

Again, it seems a lesson in generosity, William Maxwell answering my fables with a letter, saying, “The literary agent Dairmuid Russell, who was the son of the Irish poet AE, once said, ‘There are a great many people with talent; what counts is energy.’ It is clear from your pages that you have it in abundance.” It has taken a long time to try to begin to understand what he might have been trying to tell me in these notes, just as it is likely to be a long before I live up to that hope or trust or blessing of his and others, though a long time seems to arrive surprisingly fast. 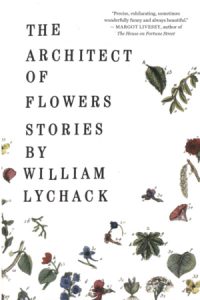