THE WASP EATER is a love story about a boy’s quest to bring his mother and father back together again. He sets out to do this by running away to redeem a family ring at a pawn shop, as if his whole world was but one gesture away from life, as if all of his mother’s ache and anger and longing could be released by one symbol, a blue diamond that had always stood for her own father and the life he promised for her and her family before he died. In a world of contradictions, the boy will get this ring for her, but he’ll achieve the opposite of what he thought he wanted…

“From the shirts hanging dreamlike on a tree in the front yard, to a lost ring, to its final eerie birthday party, THE WASP EATER has an uncanny precision about love and forgiveness. The writing here is both lyrical and acute in its emotional detail, and it is one of the best narratives I have ever read about those who are unforgiving, and the effect of this refusal on a child, the eyes and ears of the family.”
— Charles Baxter author of The Feast of Love

“A story of love, betrayal, kidnap, and coming of age in a broken-down mill town of the Seventies, this deeply felt novel left me in awe as it hurtled toward its dark destination. William Lychack has a writer’s gift for vivifying the smallest moments and biggest emotions of our lives so they become not only lyrical, but also understood”
— Michael Paterniti author of Driving Mr.Albert–A Trip Across America with Einstein’s Brain

“Williams Lychack has given us a fierce elegy on the romance of family life, clear-eyed and immediate in its lyric brevity.”
— Patricia Hampl author of A Romantic Education and I Could Tell You Stories

“I loved this. From the opening scene… I was entranced by the lyric language, the precise imagery, the tone and texture and glowing care the words and characters were extended by the author. That feeling of love for the people inside this book is, I believe, the most important characteristic of the work: the author has compassion for all of the characters here, whether ‘good’ or ‘bad.'”
— Bret Lott, author of The Song I Knew By Heart, The Hunt

Also coming from Houghton Mifflin a Collection of Stories: A STAND OF FABLES by William Lychack

“The Old Woman and Her Thief” is one of the most beautiful stories I’ve read in a long time, brilliantly written, the kind of story I have the urge to send to friends.
— Stuart Dybek author of The Coast of Chicago 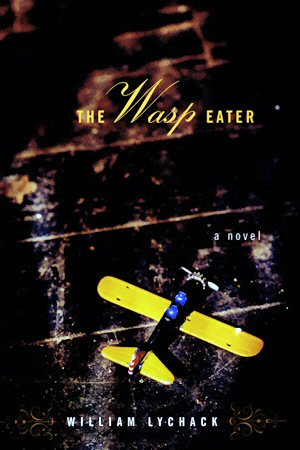