Boston Globe – March 26, 2011
“Poetic writing drives the best stories in Lychack’s first collection… …Lychack’s lyrical phrasing, most effective in the shorter tales, resembles a combination of stream-of-consciousness writing with an indirect free style — even when told in the second person — that makes some potentially slight stories powerful. …a talented writer who understands his characters, whether 8 or elderly, cops or housewives. At 45, Lychack brings a mature worldview to these stories, making his first collection better than many by younger authors already on their third or fourth collections.”

The New York Journal of Books – March 23, 2011
“It is full of well-crafted stories—there is not a lazy sentence in this book—but it is decidedly not “tidy.” Lychack evokes a world that is mysterious, sometimes wonderful, and sometimes downright frightening… …The Architect of Flowers is consistently rewarding for its restless search for possibility, for the author’s willingness to take risks and jettison the illusion of narrative authority without reducing his stories to postmodern smarty-games… …This book is an artful incarnation of that sentiment. Lychack doesn’t settle for literary bon-bons. His well-crafted stories make a rich and satisfying meal.”

Kirkus Reviews – February 15, 2011
Bleak but sometimes funny tales show Lychack’s (The Wasp Eater, 2004) knack for ellipses, pushing readers to fill in deliberate narrative and stylistic omissions. The book opens with “Stolpestad,” perhaps the most brutal story in a collection that doesn’t shy away from desolation. Other pieces cover an impressive range of emotional and imaginative territory: A woman buys chicks in the hope of raising chickens and getting fresh eggs only to find herself engaged in a perverse struggle with a mostly male brood and her skeptical husband; a couple’s quest for help butchering the deer they strike with their car reveals their own emotional wounds. Narratives combine to illuminate a rural, small-town world where women phone the American Legion or Elks halls to call drunk husbands home, and where damaged characters gaze on one another with wantonness, judgment and need. The moods are many and varied: There’s the sad reverie of an old woman visiting family following the death of her husband; the melancholy prophecy of a plant hybridizer’s wife anticipating his death; and a fabulist triptych, about a beloved teacher who comes from the sea, that touches on themes of loss, transformation and transcendence. The disciplined storytelling and barbed wit strike a fine balance. 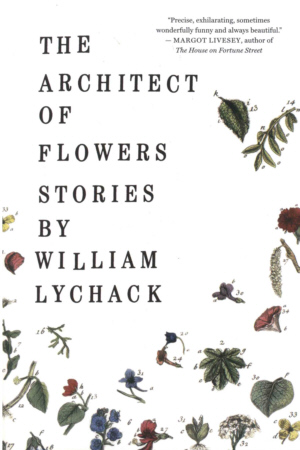