Library Journal – July 2018
“Clayton delves into the tumultuous relationship between Ernest Hemingway and Martha Gellhorn, his third wife. The writing is rich with detail; the exotic locales—from Madrid during the Spanish Civil War to D-day on Normandy’s Omaha Beach to the couple’s home in Cuba—are vividly portrayed…”

Booklist – July 1, 2018 – Starred review
“Clayton uses her meticulous research skills to bring to life the wartime years of Martha Gellhorn… Clayton’s take on their boozy, love/hate relationship is packed with details of the war, including the threat of Nazi submarines in the Gulf of Mexico, a dramatic backdrop for her fictional tale of two vivid personalities and world-altering writers.”

San Francisco Chronicle
“In her sixth novel, Beautiful Exiles, Meg Waite Clayton continues to investigate—and inhabit—the lives and fortunes of women who ripped open the envelope of their eras’ social and cultural limitations. This time, Clayton dives into the mind and heart of prolific, outspoken journalist and novelist Martha Gellhorn (1908-98), a war correspondent who also happened to become Ernest Hemingway’s third wife. [Beautiful Exiles] is an immensely ambitious undertaking…[A] love-sex-booze-intrigue-politics-war-literary culture-travel-packed saga…serv[ing] up micro and macro: intimate words and sensuous moments set against the world’s strife.”

Historical Novel Society (Editors’ Choice)
“So well written that at times I forgot I was reading a novel, and instead found myself immersed in the roar of battle, either on the front lines or in their living room…Highly recommended…The plot is well paced, the characters ring true, and the story reveals the difficulties of two strong-willed people at odds with one another.”

Wisconsin Bookwatch
“Beautiful Exiles is a stirring story of lovers and rivals, of the breathless attraction to power and fame, and of one woman who is ahead of her time in claiming her own identity from the wreckage of love.”

Midwestern Book Review
“A beautifully crafted novel and an inherently fascinating story, ‘Beautiful Exiles’ will prove to be a welcome and enduringly popular addition to community library collections.” 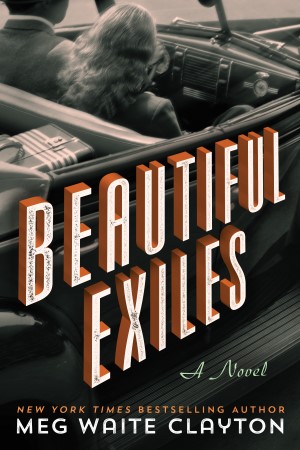