Book club favorite and New York Times and USA Today bestseller Meg Waite Clayton is the author of six novels, most recently (2018) Beautiful Exiles. Her prior books include: the Langum Prize honored The Race for Paris; The Wednesday Sisters, named one of Entertainment Weekly’s 25 Essential Best Friend Novels of all time (on a list with The Three Musketeers!); and The Language of Light, a finalist for the Bellwether Prize for Socially Engaged Fiction (now the PEN/Bellwether). She has written for the Los Angeles Times, The New York Times, The Washington Post, San Francisco Chronicle, Runner’s World and public radio, often on the subject of the particular challenges women face. A member of the National Book Critic’s Circle, she writes a monthly audiobook review for the San Francisco Chronicle.

Meg was born in Washington D.C., and has since lived in Kansas City, the Chicago area (Wheeling, Palatine, Northbrook), Los Angeles (West Hollywood, Santa Monica), Ann Arbor, Nashville, Baltimore, Santa Barbara and Palo Alto. She loves to travel, so her books tend to be set in places she finds fascinating: France for The Race for Paris), the English Lakes for The Wednesday Daughters), Ann Arbor and the Chesapeake for The Four Ms. Bradwells), Silicon Valley for The Wednesday Sisters, and the horse country of Maryland for The Language of Light. For Beautiful Exiles the list is very long but includes in the U.S. Key West, Sun Valley, New York, and St. Louis, as well as Cuba, Spain, China, France, England, Czechoslovakia, and Sweden. 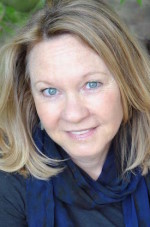