The Philadelphia Inquirer – April 1, 2004
“What a wonderfully drawn character [Patty] is. Tucker has the gift of knowing what to say and what to just suggest. She lets Patty tell her own story without self-pity despite plenty of pain and sadness. Much of the time, Patty is trying hard to just get by, and when her moments of insight come, they come quietly and with haunting effect… Ultimately, Shout Down the Moon is about making your own choices and finding the strength to live them day by day, despite missteps and the bad things that came before.”
— Rita Giordano

People Magazine – April 12, 2004
“Tucker’s sophomore novel hooks you from the grim first line… The situations Tucker describes here in starkly lyrical prose are as chilling as if they were all derived from her own experiences – the author did tour in a jazz band – but she never gets too sentimental. Instead, Patty’s voice just feels honest… As she did in her 2003 first novel, The Song Reader, Tucker use music to frame this story, and like a well-crafted song it builds in intensity until its explosive ending.”

Publishers Weekly – December 22, 2003
“Tucker’s follow-up to her Book Sense bestseller, The Song Reader, is even more commercially appealing thanks to a ratcheted-up suspense angle that still allows for well-drawn, emotionally nuanced characters… Tucker’s unsentimental portrayal of Patty’s conflicted loyalties… gives the novel depth and complexity, as does Patty’s struggle to learn the ropes of the jazz world and become more than just a pretty pop singer… Tucker’s compulsively readable tale deftly moves over the literary landscape, avoiding genre classification; it succeeds as a subtle romance, an incisive character study and compelling woman-in-peril noir fiction.” 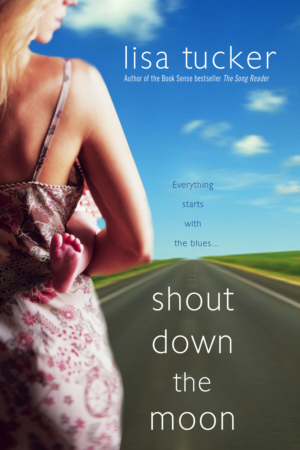 Reviews
Book Tour
The Story Behind the Book