Booklist – June 1, 2016
In this lovely, meditative historical novel about the daughter of an eighteenth-century stargazer, Pipkin explores the conundrum astronomers face when confronted by an endless universe and humanity’s near insignificance in comparison. The story follows several characters—all of them stars in their own galaxies—in multiple plotlines, which is sometimes confusing and diffuses the book’s focus on Siobhan (aka Caroline). Incorporated into her story are William Herschel, discoverer of Uranus, and his sister (also named Caroline); the 1798 Irish Rebellion; telescope-making and star-mapping; a fictitious family of Ainsworths living in Ireland; and the adoption of a foundling. This multitude of sprawling parallel plots and descriptive historical details, along with the large cast of seemingly unrelated characters, does help bring home the author’s point that life and astronomy are made up of endless searches among diverse possibilities. This lyrical, philosophical book both frustrates and delights. Its focus on discovery is similar to that in Michael Byers’ Percival’s Planet, and Pipkin’s poetic language will remind readers of Dava Sobel’s essay collection, The Planets (2005). Herschel’s story is also fictionalized in Carrie Brown’s TheStargazer’s Sister (2016).
— Jen Baker 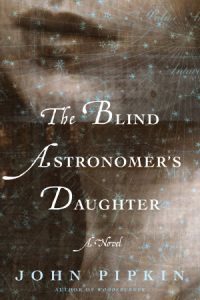