John Pipkin was born in Baltimore, Maryland, and attended Washington and Lee University, the University of North Carolina at Chapel Hill, and Rice University—where he received his Ph.D. in British Literature in 1997. He has worked as an Assistant Professor of Rhetoric and Humanities at Boston University, as an editor in educational publishing, and most recently as the Executive Director of the Writers’ League of Texas, a non-profit organization promoting literacy and the literary arts. He currently lives in Austin, Texas with his wife and son. WOODSBURNER is his first novel. 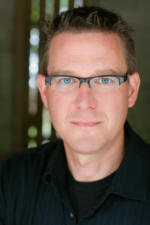