1. In Dolly’s life and the lives of the characters in this novel, the Mickelson house is personified as a character in the book. Why do you think Dolly was initially drawn to the house and intrigued by its history? Also, discuss the different contextual meanings of the title Keeping the House.

2. Mrs. Fryt is very sure that she knows the Mickelsons and their story inside out. Did you believe the stories that she and the other women in the quilting circle told? How did seeing the Mickelson family from both the inside and the outside influence the way you thought of the family? Of the town?

3. Throughout the novel, several quotes from past magazines appear (particularly from Ladies’ Home Journal in the 1950s), giving advice to housewives. Find a few of these quotes and discuss: How do these tips illustrate the change or evolution of the 20th Century housewife? Do you think any of the tips are valid or helpful today?

4. Keeping the House explores the societal constraints imposed on various generations of women. Do you feel that Dolly, living as a housewife in the 1950s, has more choices and independence than Wilma did in the late 1800s? Why or why not? Do you think that American society places social constraints on women today? If so, how are the constraints similar or different?

5. The first and second World Wars provide a backdrop throughout the story. How does Baker portray the conflicts? Do you believe that the wars excuse John and JJ’s treatment of women?

6. Dolly experiences problems when she finds herself unable to stifle her desire for a more extraordinary life. Wilma, too, struggles to control her “selfish” desire to play the piano. What did you think of the way each character handled this conflict between desire and duty? What could each have done to avoid the crises that arose due to their actions? Do you think the obligations that each felt were real or imagined? Do you think Wilma’s and Dolly’s obligations were products of the times in which they lived?

7. Discuss Dolly’s desire for a child. Do you think she truly wanted to have a child, or was she attempting this to fit into the “perfect housewife” model? Elaborate.

9. Do you think the rumored curse on the Mickelson house impacted the choices that members of the family made? Why or why not? Do you agree or disagree with Dolly’s conclusion that the family used the curse as “an excuse for their bad behavior”? Do you think things might have gone differently for the family had there been no rumor of a curse?

10. Each character in the novel seems to have a different idea about what love is and what it means to love. In 1917, Wilma believes that “her love for [her children] had been holding her hostage in this town, this house, for more than twenty years” (page 73). What do you think Wilma learns about love over the course of the novel? Discuss what JJ, Elissa, Nick, John, Jack, Harry, Byron, and Dolly do for love in the novel, and what they learn about love. Do you think that by the end of the novel they’ve learned enough to stop hurting one another? Or do you think their destructive patterns will continue?

11. Discuss Dolly’s motivations for her initial attendance and then continued attendance in the quilting circle. Do you think she was compelled to attend for more than curiosity about the Mickelsons?

12. Weigh in on the quilting circle’s argument (pages 101, 273). Who do you blame for the Mickelson family’s downfall? Explain why you feel this way.

13. Wilma says that John “was the only one who always seemed able to forgive her” (page 348) — do you agree with her perception? Why do you think she, in turn, is unable to forgive John? What do Harry, JJ, and Anne learn about forgiveness? What do Dolly and Byron?

14. Despite the fact that the whole Mickelson family has left Pine Rapids, their memory is preserved in the minds of the community members, and tangible reminders of their existence remain in the house and in the bronze statue of Chase in the courthouse square. In fact, JJ is only lonely for his family after he leaves Pine Rapids, since they seem to be so present in that town. What do you think Dolly learns about the significance of story-telling and memory? What purpose do you think the Mickelson family’s story serves for the people of Pine Rapids? 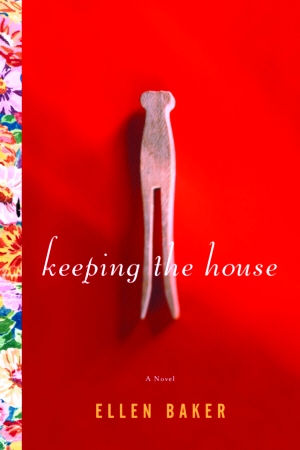