Kimberly McCreight is the New York Times bestselling author of Reconstructing Amelia, which was nominated for an Edgar Award for Best First Novel as well as an Alex Award. Called Entertainment Weekly’s Favorite Book of the Year, Reconstructing Amelia was one of CNN’s Reader Favorites for 2013, a finalist for Goodreads Best Mystery of the Year and a Book Club pick for Target, Books-a-Million and Indigo. Reconstructing Amelia has also been optioned for film by HBO and Nicole Kidman’s Blossom Films. McCreight’s second novel Ordinary Crimes, will be published by Harper in April 2015. Her teen trilogy The Outliers, to be published by Harper Teen in 2016, has been optioned for film by Lionsgate, Mandeville, and Reese Witherspoon’s Pacific Standard. She lives in Park Slope, Brooklyn with her husband and two daughters.

“One of the best books of the year. Grade: A.” –Entertainment Weekly
An Edgar Nominee for Best Mystery Debut of the Year
A 2014 Alex Award nominee
A Finalist for Goodreads “Best Mystery of the Year”
A CNN Top Ten Reader Favorite
Optioned for film by HBO and Nicole Kidman’s Blossom Films

THE OUTLIERS (#1 in The Outliers trilogy) 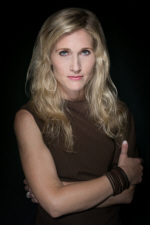