In 1954, in Orlando, Florida, nine-year-old Pat Conroy discovered the game of basketball. Orlando was another new hometown for a military kid who had spent his life transferring from one home to another. He was yet again among strangers, still looking for his first Florida friends, but when the “new kid” got his hands on the ball, the course of his life changed dramatically. From that moment until he was twenty-one, the future author defined himself through the game of basketball.

In MY LOSING SEASON, Conroy takes the reader through his last year playing basketball, as point guard and captain of the Citadel Bulldogs. Flashing back constantly to the drama of his coming of age, he presents all the conflict and love that have been at the core of his novels. Conroy vividly recreates his senior year at that now-famous military college in Charleston, South Carolina, but he also tells the story of his heartbreaking childhood and of the wonderful series of events that conspired to rescue his spirit.

In the 1966-67 season, the Citadel basketball team enjoyed a few victories and suffered a string of defeats, but their true triumphs came when the team pulled together and played the kind of joyous basketball that exceeded the sum of the players’ individual talents. And their true humiliations came at the hands of their disciplinarian coach, who counted on the fear and cowering obedience he inspired in his young players to carry the day on the court. In young Conroy, the coach’s intimidations also inspired an odd, crouching form of love that echoed his relationship with his own fearsome father.

And so, without the safeguard of fiction, America’s ultimate storyteller turns to the story of his own boyhood. With poignancy and humor Conroy reveals the inspirations behind his unforgettable characters, pinpoints the emotions that shaped his own character as a young boy, and ultimately recaptures his passage from athlete to writer. 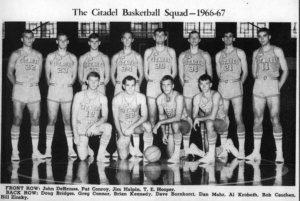 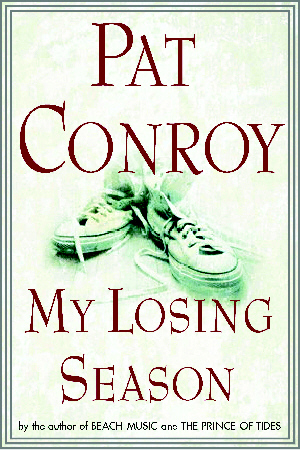