A Search For The Sublime

Just out of college, Patricia Hampl was mesmerized by a Matisse painting she saw in the Chicago Art Institute: an aloof woman gazing at goldfish in a bowl, a mysterious Moroccan screen behind her. This woman seemed a welcome secular version of the nuns of her girlhood, free and untouchable, a poster girl for 20th century feminism. Hampl’s explores the allure of that woman, immersed in leisure, so at odds with the increasing rush of the modern era. Her tantalizing meditation takes us to the Cote d’Azur and across to North Africa, from cloister to harem, pondering figures as diverse as Eugene Delacroix, Scott Fitzgerald, and Katherine Mansfield. Returning always to Matisse and his obsessive portraits of languid women, she discovers they were not decorative indulgences but a surprising act of integrity.
Moving with the life force of the arabesque stroke Matisse sought in his work, BLUE ARABESQUE is a dazzling tour de force.

“Patricia Hampl is passionate about the demands of memory… Hampl’s voice is learned yet intimate, a gift of herself to the reader.”
—  Maureen Howard author of The Silver Screen and Big As Life

“Patricia Hampl writes in the service of life in the very largest sense – writing that “makes a path” from reality to the soul.”
— Marie Howe author of What the Living Do: Poems

Who can resist, who would want to resist, the subjects of BLUE ARABESQUE? I love few writers as I love Patricia Hampl. Reading her, I feel in conversation with a deliciously matured and balanced, lively and comprehensive mind. If you have ever found yourself inside a sentence or a paragraph with no wish to leave, you will appreciate Hampl, whose work consists of such sentences, such paragraphs, end to end. Blue Arabesque is a marvel—so free, so inventive, and so unpretentiously deep.”
— Phyllis Rose, author of Parallel Lives 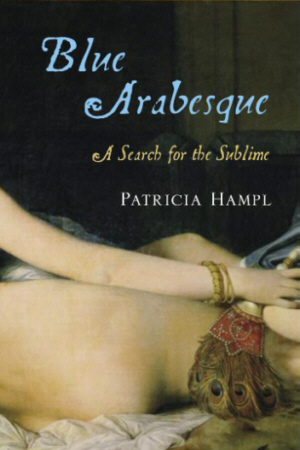