None of the Same Sweet Girls are really girls anymore and none of them have actually ever been sweet. But this spirited group of Southern women, who have been holding biannual reunions ever since they were together in college, are nothing short of compelling. There’s Julia Stovall, the First Lady of Alabama, who despite her public veneer, is a down-to-earth gal who only wants to know who her husband is sneaking out with late at night. There’s Lanier Sanders, whose husband won custody of their children after he found out about her fling with a colleague. Then there’s Astor Deveaux, a former Broadway showgirl who simply can’t keep her flirtations in check. And Corrine Cooper, whose incredible story comes to light as the novel unfolds.

“If anybody has written a better book about the power of women’s friendships, I haven’t read it. Cassandra King has caught the timbre and import of women’s voices as they speak to and of each other so perfectly that her jersey should be retired. “The Same Sweet Girls” is tender, funny, heartbreaking, and astoundingly unsentimental. Over all their lives together, these women have felt everything for each other but regret. I really, truly love this book.”
— Anne Rivers Siddons, author of Colony, Fox’s Earth, Homeplace, Islands

“Just try and resist the allure of THE SAME SWEET GIRLS. First of all, you get to sit in the company of a group of colorful, funny, highly opinionated, and infinitely real Southern women. On top of that enough, they will tell you the whole truth, and nothing but, about their loves, deceptions, and struggles. But above all, these women will capture you with the powerful, indelible bond that lies between them.”
— Sue Monk Kidd, author of The Secret Life of Bees. 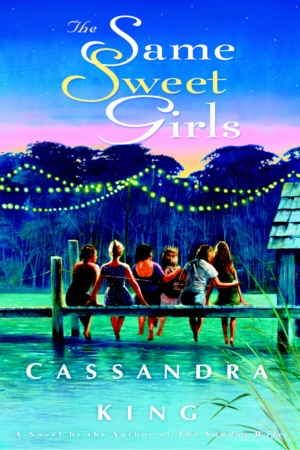