Cassandra King is a best-selling novelist whose fiction has won the hearts of readers everywhere, especially in the American south. Often told in first person, her novels portray strong and memorable characters who struggle with the same timely issues and dilemmas that readers face in their own lives.

She is an award-winning author of five novels, a book of nonfiction, numerous short stories, magazine articles, and essays. She has taught creative writing on the college level, conducted corporate writing seminars, and worked as a human interest reporter.

King’s first novel, Making Waves has been through numerous printings since its release in 1995. Her second novel, the New York Times bestseller The Sunday Wife, was a Booksense choice; a Literary Guild and Book-of-the-Month Club selection; a People Magazine Page-Turner of the Week; Books-a-Million President’s Pick; Utah’s Salt Lake Libraries Readers’ Choice Award nominee; and a South Carolina Readers’ Circle selection. As one of Booksense’s top discussion selections, The Sunday Wife was selected by the Nestle Corporation for a national campaign to promote reading groups.

The Same Sweet Girls was the national number one Booksense Selection on its release in January 2005; a Book-of-the-Month Club and Literary Guild selection; and spent several weeks on both the New York Times and USA Today bestseller lists. Both The Sunday Wife and The Same Sweet Girls were nominated for Southern Independent Booksellers Association’s book of the year award. A fourth novel, Queen of Broken Hearts, set in King’s home state of Alabama and released March 2007, became a Literary Guild and Book-of-the-Month Club Selection as well as a SIBA bestseller.  The fifth novel, Moonrise, was a SIBA Okra Pick and a Southern Booksellers bestseller, as was her book of non-fiction, released in 2013, The Same Sweet Girls Guide to Life.  Most recently, King has been writing for Coastal Living and Southern Living as well as contributing essays to various anthologies. Her upcoming book is a memoir, Tell Me a Story: My Life With Pat Conroy, to be released from William Morrow in 2019.

The widow of acclaimed author Pat Conroy, Cassandra resides in Beaufort, South Carolina, where she is honorary chair of the Pat Conroy Literary Center. 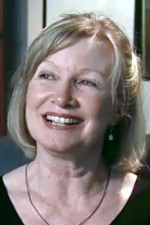 Photograph courtesy of South Carolina ETV and Department of Education