Good to Know
Some interesting outtakes from our interview with King:

“I wonder if I’m the only writer who was raised on a peanut farm.”

“I’m an Anglophile, have been for a long, long time. I absolutely adore anything British!”

“My great-grandfather, Josiah King, was a writer. He had some chapbooks of pretty dreadful poetry (unfortunately, I inherited those genes, though I love poetry almost better than anything), as well as an Alabama history book. He was considered a dreamer and a ne’er-do-well because he spent his days writing.”

“Dislikes: I dislike the notion of writing as a competitive sport, and it bothers me to see writers trashing each other’s books. Most of the writers I know are wonderfully supportive of each other, but I’ve heard some horror stories. And I’ve seen reviews that are plain mean-spirited and petty, from one writer to another. Doesn’t make sense to me. And then there’s the jealousy you see sometimes between writers, which makes even less sense. Selfishly, I want other writers to turn out good books because that means I’ll have something to read. Now you know this about me: I have a tendency to get on a soapbox.”

“Likes: I have a passion for birds and keep a pair of binoculars handy at all times. I also love to watch people dance. (But not to dance myself, since I was cursed with two left feet.) As a matter of fact, I love everything about dancing, and everything about birds!”

In the winter of 2005, Cassandra King took some time out to talk with us about some of her favorite books, authors, and interests.

What was the book that most influenced your life or your career as a writer?

A Moveable Feast by Ernest Hemingway. First, a disclaimer: I admire Hemingway’s craft tremendously and enjoyed studying his works as an undergraduate, but — except for this one — I wouldn’t take one of his other books with me to the beach. Having said that, A Moveable Feast has a tremendous effect on my life as a writer every time I pick it up, which is fairly often. It is like siren song, calling me into a literary world in an era — the Jazz Age — that has always had a great appeal to me. The images Hemingway evokes of that time are not only stunning but also simple and concise. Somehow he manages to create the perfect balance between sparseness and lushness. Much can be learned about the craft of writing just by studying his original and captivating way with words.
Whenever I open the pages of this book, I am transported to the glory that was Paris in the ’20s, a Mecca for writers from all over the world. It was a magic time in a magic city. This book is not only a moveable feast; it’s a literary one as well. Reading it, I’m in the room with Scott and Zelda Fitzgerald, (Hemingway’s detailed description of Fitzgerald’s physical appearance is priceless), Ezra Pound, Gertrude Stein, and other literary greats. Best of all, there are discussions of the daily job of writing and revision interspersed throughout the book that are quite enlightening. For some reason, it does me a lot of good to know that Gertrude Stein disliked revising her work. To summarize, I guess this book made such an impact on me for several reasons: the simple beauty yet almost shocking power of the language, the glimpse provided into the lives of literary greats, and the spell cast by Paris in a bygone age.

What are your ten favorite books, and what makes them special to you?

I had to treat this question as though it were “If you were stranded on a desert island and could only take ten books, what would they be?” because I have so many favorites. These are not in order:

What are some of your favorite films, and what makes them unforgettable to you?

When I like a film, I watch it over and over. It always surprises me to hear people say, I don’t want to watch that film because I’ve already seen it.

I’m such a romantic and such a visual person that I prefer films that are lushly beautiful, like the Merchant/ Ivory films. I own all of those on video, I think: Room with a View, Howards End, Enchanted April, etc. With Merchant/Ivory films, you can count on the acting being superb and the visuals stunning.

Some others films that I’ve seen a dozen times: The English Patient which is just breathtaking to watch. The same goes for Out of Africa. I’ve lost count of how many times I’ve seen it, and I still think it’s Meryl Streep’s best role. Annie Hall is an old favorite because it’s so whimsical and funny and just plain charming. I can’t help it; he may be a despicable person, but Woody Allen is hilariously funny in his movies.

Nothing I enjoy more than a film that makes me both laugh and cry, which makes me want to stop people on the street and say, “Watch this film!” One of those I cannot recommend enough is Smoke Signals, based on the wonderful works of the Native American writer Sherman Alexie. The Great Santini is worth watching over and over to see Robert Duvall’s amazing portrayal of a very complicated yet fascinating man. To Kill a Mockingbird and Casablanca are two black-and-white favorites that I watch at least twice every year.

So many films out now are disappointing because they’re so devoid of emotion. I don’t connect with the characters or feel them connect to each other. Having said that, recently I added two new favorites to my list. One is Winged Migration, a must for all of us birders out there. The other is a film that just came out but is so delightful I’ve told everyone about it: Calendar Girls. Anyone reading this who has not seen it yet, do yourself a favor and watch it today! (Better yet, order it from Barnes & Noble for your collection.)

What types of music do you like? Is there any particular kind you like to listen to when you’re writing?

Bluegrass is my hands-down favorite. I listen to bluegrass when I’m writing in the daytime and old music — swing, jazz, or blues — when writing at night. Never the other way around. Don’t ask me why; it’s just one of my idiosyncrasies.

If you had a book club, what would it be reading?

My most recent experience was a report I gave to a group on Reading Lolita in Tehran, which I strongly recommend. The good thing is, you get to discuss not only that book but also the books the reading group in Tehran discussed, Lolita being just one of several. I’d like to be in a group that read The Jane Austen Book Club for the same reason.

What are your favorite kinds of books to give — and get — as gifts?

I love to give and get “pretty” books: travel books, cookbooks, nature books. I lust for them, then justify the expense by giving them as gifts. I enjoy deciding who’ll treasure a new discovery. I bought a breathtaking book of Audubon prints last summer, then spent months deciding who’d appreciate it as much as it deserved. It’s a wonderful way of sharing beauty with friends or family.

Do you have any special writing rituals? For example, what do you have on your desk when you’re writing?

I have so many I’m embarrassed to tell them. Music playing, always. Scented candles. A fat, plush cushion to sit on. Lots of light from an open window. And on my desk, always, chocolates.

What are you working on now?

A new novel tentatively titled Queen of Broken Hearts. It’s about a middle-aged woman, a divorce therapist, and what occurs when her estranged husband commits suicide and she’s left to deal with his eccentric mother and illegitimate daughter. Although it might sound like a lot of southern gothic, it focuses primarily on the trauma of divorce and the ways we rebuild our lives afterward.

Many writers are hardly “overnight success” stories. How long did it take for you to get where you are today? Any rejection-slip horror stories or inspirational anecdotes?

It took me much, much longer than it should have. All my life I was a closet writer. It’s all I wanted to do — and all I did, whenever I could slip off from my life and do so, but I lacked both confidence and courage, two necessity ingredients for success. I’m ashamed to say that I wouldn’t stand up for myself, allow myself time to write or seek publication. It was only when I was in my 40s, went to graduate school, and was encouraged to share my work that I gained any kind of confidence. My master’s thesis became my first novel, and I’ve been going full guns ever since. In order to thrive as a writer, or any kind of artist, I suppose, you must be in a supportive environment.

If you could choose one new writer to be “discovered,” who would it be — and why?

My choice, though a fairly “new” writer, has already been discovered, but I’m hoping he’ll be a household name soon. George Singleton, South Carolina author of The Half Mammals of Dixie is a comic genius. The gift of writing stories that are not only superbly crafted but also hilarious is not given to everyone. It was given to George Singleton.

What tips or advice do you have for writers still looking to be discovered?

See my answer to question about “overnight” success. Never, ever be afraid to follow your dream. If writing is your passion, it won’t let go of you. Whatever you do, don’t let go of it, either! 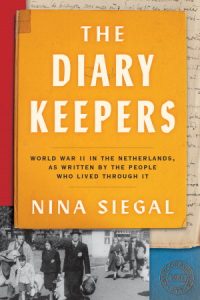 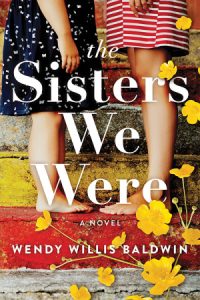 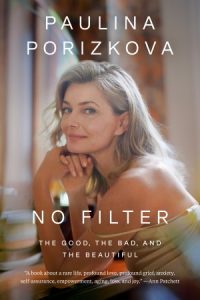 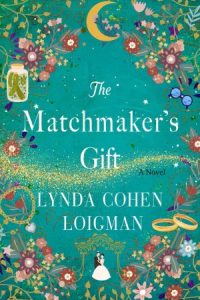 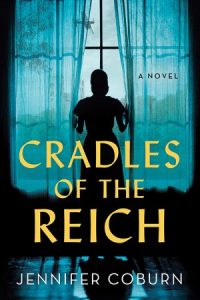 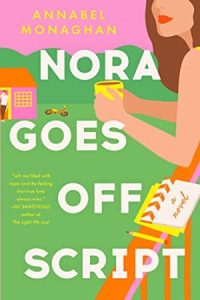