Evan Walls has been married to his wife Izzy for thirteen years, yet she knows nothing about half of his life. That part of him he put away long ago and they have lived peacefully alongside the dead spot it has left in their love. However, the birth of their first child changes everything. Evan, fearful of a reincarnation of his childhood in the life of his new daughter, finally finds the courage to tell his wife. Desperate, he hopes that she can help him protect their child.

It is June 1968. The Civil Rights movement is winding down after the death of Martin Luther King, Jr. Negroes in the town of Canaan, Virginia have been used to acting the same, thinking the same and sharing in the unadulterated hatred of a common enemy. Evan is ten years old and, in the jargon of the times, young, gifted and black. In the presence of his parents and a summer porch gathering of their friends, he makes a startling declaration. From that moment on, the central question of his life is born. Is he black enough?

Evan has a dream that will turn the sleepy town of Canaan upside down, forcing him to walk the slippery and angry slope between blacks and whites. In time, his dream disintegrates a family, a marriage, countless friendships and a dramatic first love. Only his great-grandmother, Mama Jennie and mentor, Bojack, help him fight to keep his dream alive. And only Izzy can help him come to grips with what he learns from telling his traumatic life story.

Blount’s intimate, unhurried writing style masterfully creates scenes bursting with true-to-life dialogue and unforgettable characters. This is an important book that holds truths for all Americans, whatever their ethnicity. It will make you cry, it will make you angry, and it will make you cheer Evan Walls’ emancipation as heroic. If you aren’t already “woke,” you will be after reading this book. — Mary Batten, author of Aliens from Earth

Jeffrey Blount has written a timely novel of enormous power. Evan Walls shows the kind of courage we wish weren’t needed, but still is today–the courage to defy convention, step beyond boundaries and risk everything to live the life you desire. The Emancipation of Evan Walls is a page turner and more, an important addition to today’s crucial conversations about race and privilege. — Masha Hamilton, author of 31 Hours

I found this story shocking and thought-provoking. There is so much inherent drama to Evan’s story. His world is well-drawn from the get-go. There is a great feel for the place and time and the dialogue is superb. — Christina Kovac, author of The Cutaway

Jeffrey Blount has crafted an engrossing novel that pries open an often-overlooked dimension of racism in America today. To achieve his dreams, an eleven-year old Evan Walls discovers he must not only do battle with white prejudice in his rural Southern community, he must also struggle against the diminished expectations of his own people. Blount conveys powerfully the loneliness of an intellectually gifted child caught between these two worlds and the real costs of freedom.  The Emancipation of Evan Walls is one of the most sensitively told, yet brutally honest reflections on race and identity in recent history. — Jonathan Odell, author of Miss Hazel and the Rosa Parks League

Every so often a book comes along that you believe everyone should read. For me, The Emancipation of Evan Walls by Jeffrey Blount is that book, a story in which not only the protagonist, Evan Walls, is liberated from the demons of his youth, but through which receptive readers will be freed of uninformed notions about what it was like to grow up black in America before and after emancipation. This incredible story might shock you, or at the very least will move you to tears. Either way, you won’t forget it any time soon, if ever. — Viga Boland, author of Learning to Love Myself

The Emancipation of Evan Walls is a gut-wrenching read, delivered by a brilliant, award-winning author and television director, Jeffrey Blount. He is a master of telling a story, revealing characters and their motivations primarily through dialogue. This style of writing not only makes his characters utterly realistic and emotionally engaging, but also moves the story along quickly. This is one of those books that keep you turning pages, not because of non-stop action or unexpected twists and turns, but because of the stark reality and truths explored through the characters and setting. The Emancipation of Evan Walls is utterly riveting reading and I cannot recommend it highly enough. — Readers’ Favorite 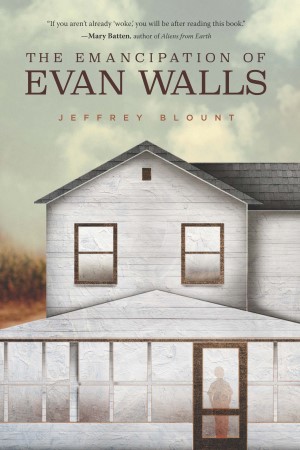