Jeffrey Blount retired from NBC News in February of 2017. During a 34-year career, he won an Emmy, directed a decade of Meet The Press, The Today Show, NBC Nightly News, The Chris Matthews Show and major special events.

Jeffrey is also an accomplished public speaker, commenting on issues of race, social justice and writing. He was a contributor for HuffPost and has been published in The Washington Post, The Grio.com and other publications. He is also an award-winning documentary script writer.

Presently, he is a Shapiro Fellow and Journalist in Residence at The George Washington University School of Media and Public Affairs. In 2016, he was inducted into the Virginia Communications Hall of Fame.

THE EMANCIPATION OF EVAN WALLS 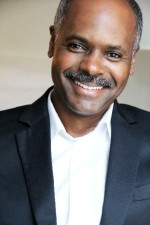