When Constance, a lowly clerk in a London stationery, married Joseph Barton, a biological researcher, she believed she had found her ultimate husband and protector. But after the troubled birth of their daughter, Angelica, and three miscarriages, Constance fears for her life, inside her own home. She tries to avoid having sex with her husband, and keeps Angelica sleeping in their bedroom. When Joseph orders their daughter out of that room, Constance begins to fear his intentions, his possible murderous hatred of her, and his efforts to alienate her from Angelica. Sensing the presence of supernatural evil in the house, she calls upon a spiritualist to combat the threats she sees to her life and child, and becomes distraught as her domestic life deteriorates into chaos and perceived danger.

But is Constance right? In four sections each taking a different character’s point of view, Angelica proceeds to weave a tapestry of parallel and sometimes conflicting interpretations of the lives of Constance, Anne Montague, the spiritualist in whom Constance places her deepest trust, Joseph, and finally Angelica. Nothing here is as it seems, but the whole vision is coherent, provocative, and vastly entertaining.

Arthur Phillips’s first novel, Prague, was a national bestseller, a New York Times Notable Book, the recipient of the Los Angeles Times/Art Seidenbaum Award for First Fiction, and has been translated into eleven languages. His second novel, The Egyptologist, was an international bestseller and sold in twenty-one countries. He lives in New York with his wife and two sons. 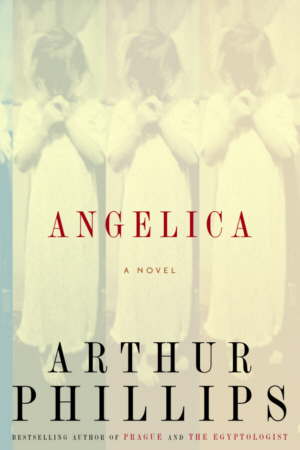