A woman in New York awakens knowing, as deeply as a mother s blood can know, that her grown son is in danger. She has not heard from him in weeks. His name is Jonas. His girlfriend, Vic, doesn t know what she has done wrong, but Jonas won t answer his cell phone. We soon learn that Jonas is isolated in a safe-house apartment in New York City, pondering his conversion to Islam and his experiences training in Pakistan, preparing for the violent action he has been instructed to take in 31 hours. Jonas s absence from the lives of those who love him causes a cascade of events, and as the novel moves through the streets and subways of New York we come to know intimately the lives of its characters. We also learn to feel deeply the connections and disconnections that occur between young people and their parents not only in this country but in the Middle East as well. Carried by Hamilton s highly-lauded prose, this story about the helplessness of those who cannot contact a beloved young man who is on a devastatingly confused path is compelling on the most human level.

Equal parts thriller and poetry, Masha Hamilton’s 31 Hours had me turning pages late into the night and thinking about its startling conclusion long after I’d read the last page. In compelling readers to reconsider how we think about terrorism, this beautiful novel will provoke understanding, and perhaps even inspire us toward much-needed change.
— Meg Waite Clayton, author of The Wednesday Sisters 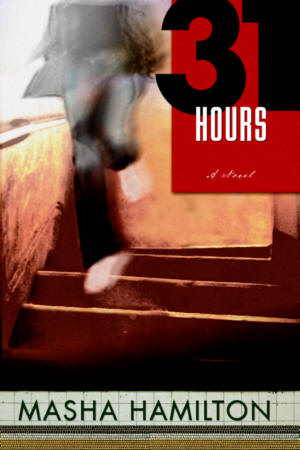