If you ask me why I became a writer, and more specifically, why I wrote DOLLBABY, I can answer with two words: Hurricane Katrina.

Hurricane Katrina destroyed New Orleans in August of 2005, leaving over eighty percent of the city under water for weeks, stranding our extended family for months. When we were finally able to return to a still dark neighborhood, I struggled to put my life back together. It would take two years, rebuilding not only our home, but our way of life. There were nagging accusations from politicians in far-flung places who argued that a city that was below sea level should never be rebuilt. As much as it angered me to hear this, it gave me a renewed determination to do two things: to embark on the writing career I had put off for so many years, and to write about the New Orleans that was and never would be again.

DOLLBABY is the culmination of those goals, a story of a way of life that no longer exists but needs to be told, an enduring story of love, hate, family and redemption. It is the story of New Orleans, where you learn to dance, even when there is no music.

One of the enduring things about New Orleans that makes it such a distinct city is that there is no ‘other side of the railroad tracks’ or ‘south side of the city.’ New Orleans has always been a place where people from all walks of life live in close proximity, creating a shared culture that is unique to the city. This is one of the things I tried to portray in the novel, a sort of commonality that exists regardless of race or background, a diversity that goes beyond skin color or place of birth. The novel lends a glimpse of what it was like to live in such a culture, one that I felt needed brought to life after the flooding and devastation brought on by Hurricane Katrina. And it is for the people of our city 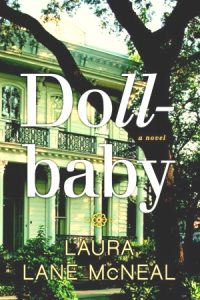