I remember well the day I began to tell the story of Alais Capet. It was a sunny afternoon and we were lodged in the apartment of a friend in 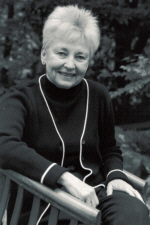 Villefranche Sur Mer, around the curve from Nice on the glistening Mediterranean.

This was to be a reading trip. I had just finished a long writing assignment, and wanted to take a rest from writing anything, and so had not even brought my laptop. But I had been reading history avidly. A few years earlier, while browsing in a Washington D.C. bookstore, I had picked up a biography of Eleanor of Aquitaine. It was not one of the ‘big’ biographies, but it was sufficient to reawaken an interest in the Twelfth Century fin-de-siecle politics and family drama of the ruling houses of the Kings of England and France, an interest which had been stimulated by an early reading of Robin Hood and an early viewing of the film The Crusades.

On this particular afternoon in France, I had just read that certain chronicles of the time hinted that there had been a child between Alais Capet, daughter of Louis VI of France and his second wife (the first was Eleanor herself) and Henry II of England, Eleanor’s second husband. If there were such a child, of course, and if it was male, he could redirect history. The lineage of both the royal houses of France and England would be enough to give him power, or make him a threat. What happened to the child? No one seems to know.

I began to muse on the topic of Alais, herself, wondering if she was the delicate sprite shown in the film Lion in Winter, or whether, perhaps, she was made of sterner stuff. I had an idea of women in the middle ages as pawns but there have been certain models of assertiveness, strength and talent in a number of women of that time, including Eleanor herself.

And what of feelings? Is it possible that we make assumptions about feelings from a distance? What if things were not at all as they appeared? What if Alais, far from being coerced, had feelings for Henry? How would the loss of her babe affect those feelings?

I found suddenly an urge to write the story, as if I were Alais Capet herself and wanted to explain. I had no computer, so I began in longhand (the way writers used to do) with her as a small child. I wrote many pages that I later discarded, pages that led me into her character and her story.

It was never my intent to dramatize history, though I have tried in the external events to stay as close to dates and events as possible. What I wanted to do was create a character, and imagine her experience. How does it feel to lose a child? How does it feel to betray someone you love? How does it feel to fall in love after a long time? Alais did all this, in the midst of danger and intrigue.

Most of the places in the novel are known to me, although they are modified by imagination to reflect the earlier times. Sarum tower is no more, but the outline is still there and the history readily available for one to read. The grand hall of the palace of the Dukes of Poiters is still open, although more modern buildings crowd around it now. The Conciergerie on the Isle de la Cite in Paris was the site of the Capet’s residence before they completed the Louvre and certain parts of that building are said to date from medieval times. The manor house outside Chinon is now a Relais et Chateaux, but if you book a room there be sure and obtain up-to-date information on cost.

Traveling in Europe has put me in touch with other times and the possibility of knowing characters from those times. I do not believe their emotions –love, hate, ambition, tenderness and, sometimes, compassion– are fundamentally different from our own. And if you place a strong woman in the midst of drama and intrigue no matter what the age, she will undoubtedly –as my heroine does– happily play her part!

Judith Koll Healey has been a philanthropic professional for thirty years, working in major foundations. She is currently president of a national firm that works with families of wealth in their philanthropic efforts. She is a published poet and short fiction writer and has lectured internationally on the topic of art and the unconscious. Her passion is medieval history, and this is her first novel.