THE PROMISED WORLD by Lisa Tucker 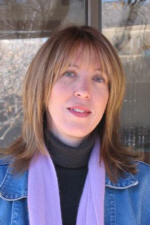 When I started writing The Promised World, I knew only two things about the story: that it would be about siblings and that one of the central characters would be an English professor. All of my previous books (except Shout Down the Moon) were concerned in some way with the intense bond between siblings, but in The Promised World, I wanted to push it further by creating not only the twins Lila and Billy, whose secret history is the main mystery of the novel, but also William and Pearl, Billy’s children, who are at risk in the present time of the book. Making Lila an English professor allowed me to focus on the power of words in a way I hadn’t since my first book, The Song Reader. It was also very natural to write about a character who has the same background I do: from her job as a professor to her fascination with nineteenth-century American literature.

As the writing progressed, I discovered that Lila’s husband, Patrick, and Billy’s wife, Ashley, needed to tell their stories too, and the book became more centrally concerned with marriage than any of my other novels except Once Upon a Day. There are two flawed romances in this story, only one of which can have a future. In this way, the marriage stories are similar to the sibling stories, and similar to the central relationship between Lila and Billy. They’re also similar to the two stories of motherhood in The Promised World: one told by Ashley, and one that Lila is desperately trying to figure out. In every “doubling” in the novel, only one side can still be saved.

Though the story starts with a suicide, I think of it as about the tremendous power of love. The family can save your life in this novel, but they can also fail you when you need them most. If love can be an incredible force, then the lack of it can be incredibly—and sometimes permanently—devastating. While I never intended for The Promised World to be suspense, I think I understand why early readers have said that it is. Part of it is the mystery of Lila and Billy’s past, but the other part is that readers can sense this incredible conflict between love and its absence and they turn the pages to see which force will win in the end.

While I was writing the book, I asked everyone I ran into if they think “evil” is real. Of course we can see it in history and in the world, but can we see it in the family? Doesn’t every family member have reasons for how they behave? I think the answer is yes, every family member has their reasons—at least in the world of psychological novels—but this doesn’t mean that someone in a family can’t act in a way that is inexcusable, callous, terribly destructive and maybe…  well… evil. Certainly if the word applies anywhere, it has to apply to the mistreatment of children. So maybe the suspense of the novel also comes from the decision I made that I wouldn’t try to excuse or explain away the behavior of anyone who acts in a way that is vicious and cruel. Because of this, The Promised World is the first of my books to have a true “bad guy” who is central to the story. The novel is about siblings and words and marriage and motherhood and love, but it’s also a struggle between good and evil. This is the final and most central pairing or “twinning” in the book—good and evil—both of which I’m pretty sure I believe in now. 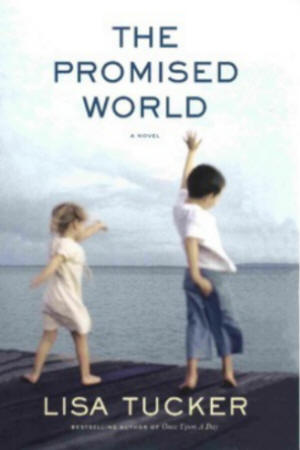