Seattle Times – Sunday, February 2, 2014
“In her absorbing second novel (“My Name Is Mary Sutter” came out in 2010), Oliveira boldly risks using these well-known historical figures as characters in pursuit of artistic lives not at all assured of fame or fortune. In smart and supple prose that eschews melodrama and wears its research lightly, Oliveira shows a deep understanding of art history and artistic process, and of Paris in the 1870s… …Oliveira’s lively work illuminates these ambitious artists and rings true in the way that the best fiction can. She captures the essence of working one’s art without promise of glory, and reading her work is transporting.”

Chicago Tribune – Jan 31, 2014
“Oliveira perfectly evokes the era’s beauty and art in “I Always Loved You”, but don’t be fooled by this somewhat generic title. (You’ll understand its meaning by book’s end.) There’s nothing bland about the novel’s painterly prose or storyline. The novelist’s illuminating portrayals of the inner lives of artists — Cassatt, Edgar Degas, Berthe Morisot and Édouard Manet — are beautifully colored and as richly detailed as the paintings for which they are celebrated.”

Booklist – Starred Review – December 15, 2013
Oliveira follows her best-selling historical fiction debut, My Name Is Mary Sutter (2010), with a novel based on the life of the “formidable” American painter Mary Cassatt. Cassatt insists on living in Paris among the impressionists, so her concerned parents and loving sister join her there and are soon baffled by Cassatt’s tempestuous interactions with her mercurial mentor, Edgar Degas. The true nature of their relationship remains open to interpretation, an opportunity Oliveira seizes with passionate and electrifying empathy for both artists. As she vividly renders 1870s Paris and its gossipy enclave of radical artists, including the painfully entangled Berthe Morisot and Édouard Manet (who is suffering horribly from syphilis), Oliveira contrasts irascible Degas and his freedom to go anywhere his omnivorous eye leads him (even as his eyesight fails) and steely Cassatt, who as a woman is forced to find inspiration in domesticity, painting incisive portraits of mothers and children as she forgoes marriage and motherhood. Emulating the powers of observation and expression possessed by the artists she so vividly and sensitively fictionalizes, Oliveira illuminates with piercing insight the churning psyches of her living-on-the-edge characters. This is a historically and aesthetically rich, complexly involving, and forthrightly sorrowful novel of the perilous, exhilarating, and world-changing lives of visionary artists breaking new ground and each other’s hearts.
— Donna Seaman 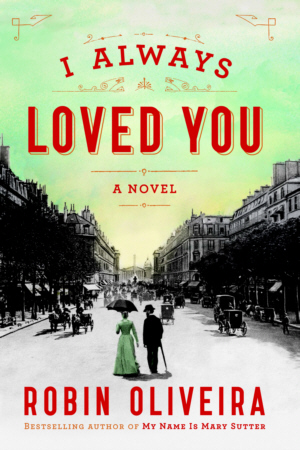