Robin Oliveira grew up just outside Albany, New York in Loudonville. She holds a B.A. in Russian, and studied at the Pushkin Language Institute in Moscow, Russia. She is also a Registered Nurse, specializing in Critical Care and Bone Marrow Transplant. She received an M.F.A. in Writing from Vermont College of Fine Arts and is the fiction editor for the literary magazine upstreet and a former assistant editor at Narrative Magazine. She was awarded the James Jones First Novel Fellowship in 2007 for her debut novel-in-progress, MY NAME IS MARY SUTTER, then entitled THE LAST BEAUTIFUL DAY, an excerpt of which appeared in the 2008 issue of Provincetown Arts. She lives in Seattle, Washington with her husband, Andrew Oliveira, and two children, Noelle and Miles, who are away at college.

MY NAME IS MARY SUTTER 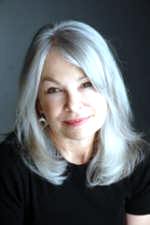