— Bookreporter.com – June 12, 2014
“Threads of Rodriguez’s life continue to weave new colors and patterns as she settles into life with her sons, her grandchildren, and her friends. She ends this memoir with an upbeat, positive look at the future and what she has to offer the women of Mazatlán.”

Publishers Weekly – March 17, 2014
Following her forced evacuation from Afghanistan in 2007, Rodriguez (Kabul Beauty School) found herself unmoored and without a life plan. Initially she landed in Napa, Calif., moving to a secluded mountaintop with a male friend. The once exuberant, outspoken middle-aged, adventure-seeking hairdresser found herself unable to settle down and find work: “I was an unemployed drama queen without a script. What I needed was to feel alive. I probably should have been on meds.” Instead, following a cruise to Mexico, she purchased a small house in the Mexican resort city of Mazatlán and began rebuilding her life. Her once wayward son came to live with her, and there he met a local woman, married her, and had a child. Rodriguez opened a salon providing manicures and pedicures and soon found herself again immersed in the hair business as she did in Kabul. Seeking a way to help young women become independent and self-supporting, Rodriguez established Project Mariposa, providing funding for girls to attend beauty school. Fans of Rodriguez’s brash and honest tone will thoroughly enjoy this next installment in her remarkable story. 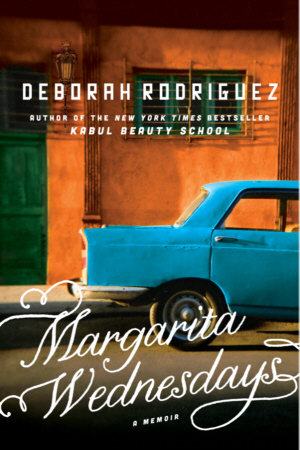