Library Journal Starred review – February 1, 2009
Frank and Ellie are two attractive people who have basically led charmed lives. Frank’s absent father notwithstanding, they grew up in fairly secure surroundings and attended college and professional school, meeting and marrying and living in bliss. Suddenly, the world spins out of control when their seven-year-old son dies from meningitis. Soon afterward, they have an opportunity to make a work-related move to a seaside town in India, providing the panacea that will help them heal from their loss. As educated, liberal, progressive Americans, they cannot anticipate how they will react as they become part of the struggle within Indian society; nor can they know how attached they will become to the son of their servants. Although it may be risky to latch on to bright young Ramesh, they convince themselves that they are helping the boy by providing him with things his parents could never afford. Self-deception runs rampant, and Frank is eventually overcome by emotional turmoil, which leads him to make a fatal error in judgment. Umrigar (First Darling of Morning) finely plumbs the depths of the human heart, from the heights of joy and passion to the very deepest despair.
— Susanne Wells, P.L. Library of Cincinnati and Hamilton City

Publishers Weekly Starred Review – December 1, 2008
Umrigar (The Space Between Us) continues her exploration of cultural divides in this beautifully written and incisive novel about an American couple’s experience in India. Frank and Ellie Benton, grappling with the death of their seven-year-old son, move from Ann Arbor, Mich., to Girbaug, India, where Frank takes a job running a factory. While he tackles the barriers faced by an educated, wealthy American in charge of a Third World work force, Ellie, a psychologist, makes inroads with the impoverished locals at a health clinic. Frank has a difficult time adjusting at work, and at home he takes an interest in their housekeepers’ son, Ramesh, and begins tutoring him. While Frank buries his grief by helping Ramesh, he ends up in competition with the boy’s bitter father, Prakash, and further damaging his already troubled marriage. Umrigar digs into the effects of grief on a relationship and the many facets of culture clash—especially American capitalism’s impact on a poor country—but it is the tale of how Frank’s interest in Ramesh veers into obsession and comes to a devastating end that provides the gripping through line. Umrigar establishes herself as a singularly gifted storyteller. (Apr.) 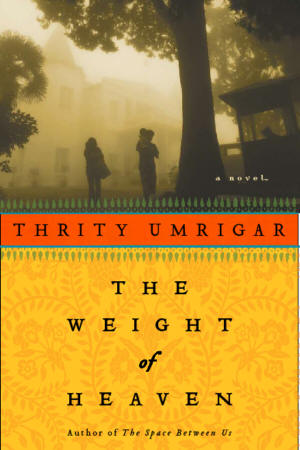