Publishers Weekly – June 30, 2014
“A deeply moving portrait of connection, disconnection, and missed connections…. [T]his compassionate and memorable novel is remarkable for the depth and complexity of its characters.”

Library Journal Starred Review – July 1, 2014
“This satisfying, psychologically complex story will appeal to a wide range of readers. Because its characters are both smart and likable without being sentimental or idealized, it may appeal to the chick lit crowd as much as to readers who enjoy multicultural literary fiction.”

Booklist – July 1, 2014
“As the barriers between therapist and patient slowly fall away and a friendship is built, Maggie and Lakshmi begin to uncover secrets that threaten to destroy their relationship and much more. The women have both been shaped by their pasts in ways that are delicately revealed as the narrative unfolds. For her part, Lakshmi’s tale of being a lonely immigrant trapped in a loveless marriage gains added poignancy for being told in her imperfect English. As fascinating as their personal stories are their perceptions—and misconceptions—regarding each other, their relationship complicated by issues of class as well as age and race. Much like a therapy session, this deft, well-paced novel contains breakthroughs and growth, and, at its end, leaves the reader wistful that the allotted time on the couch has run out.” 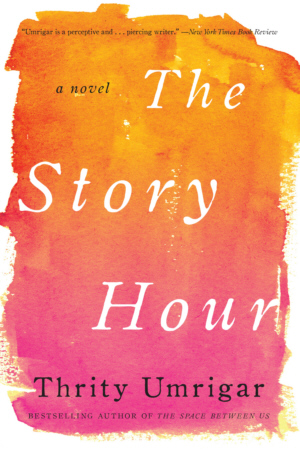