Reading notes for Deborah Rodriguez’s Return to the Little Coffee Shop of Kabul.

In the spellbinding sequel to the international bestseller The Little Coffee Shop of Kabul, Deborah Rodriguez reunites readers with many of the compelling characters. The incredible stories of six women, on opposite sides of the earth, yet forever joined by a café in Kabul, reveal strength and courage in a world where happily-ever-afters aren’t as simple as they seem. 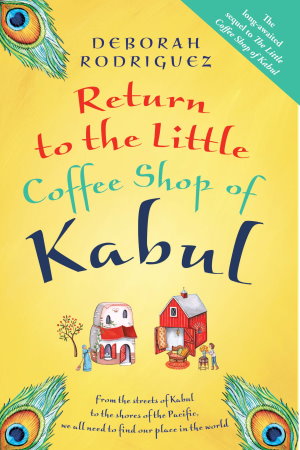