The questions that follow are intended to enhance your group’s reading and discussion of ALL THE NUMBERS by Judy Merrill Larsen.

1. In the interview with Bev Marshall, Judy Larsen discusses the use of symbolism in All The Numbers (page xx). Did you notice references to numbers in the book? Were they effective as symbols in your opinion?

2. Discuss some examples of effective symbolism in your favorite novels–when has an author successfully used symbols and when have you felt an author’s use of symbols was ineffective?

4. In the interview with Bev Marshall, Judy and Bev discuss the ending of the book. Was the ending satisfactory to you?

5. What constitutes a strong ending for a novel in your opinion? Have you been disappointed by a novel’s ending in the past and how much bearing did that have on your opinion of the novel as a whole?

6. In the novel, Ellen is criticized for giving an interview to the media before the trial. Did you agree that she should have remained silent or did you feel the interview was appropriate? How influential do you feel the media is in our justice system?

7. Ellen clearly struggles with her romantic interest in Bob. Do you think she is unfair to him? Both Bob and Ellen recognize that they met because of James’ death–whose argument seems more convincing to you–Bob’s or Ellen’s?

8. What do you think is most responsible for Ellen’s change of heart regarding Ben Buchanan? Her mother’s words seem to fall on deaf ears throughout most of the book–do they finally get through to her or is it seeing Ben’s mom or running into Melanie? Or something else?

9. Does Ellen’s position as a single mother make her more vulnerable? Does any of her anger with Ben Buchanan seem to get mixed up with her anger at Tim, her ex-husband?

10. The lake house is first introduced as Ellen’s “happiest place”–and even the boys see it that way. Does that perhaps increase the horror of James’ accident both for the reader and for Ellen? Do you think she would have the same desire for revenge if the accident had happened elsewhere?

11. When the defense attorneys first throw accusations at Ellen, she is stunned and mad at Bob that he didn’t see it coming. Did you have any sense that she would be blamed? Do you fault her or feel that she has to bear some of the responsibility?

12. Ellen is very lucky to have good friends who have clearly sustained her over the years, and that continues with James’ accident and death. What do you think their view of the trial is? Anna especially seems to stay out of the argument–do you get any hints as to whether she aggress with Ellen’s mother that Ellen is being too punitive or aggressive with Ben? Do you think she is?

13. The relationship between Ellen and her son Daniel goes through some real changes–some of these would have occurred simply because of his burgeoning adolescence, others are due to James’ death. How do you imagine their relationship 6 months after the final scene? How do you think he would feel about Bob and Ellen dating? 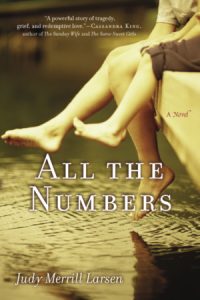