Dubbed the “Da Vinci Baker” by the national media, Stephen Lanzalotta, master woodworker, painter, musician, baker and chef, is himself something of a Renaissance man.

He has appeared on NBC’s Today, CBS Evening News, ABC Nightly News, CNN’s American Morning, and FOX News to discuss his diet plan; and his story has been featured in hundreds of international publications and on radio shows from Tokyo and Calcutta to Brazil and Saskatchewan.

Yankee Magazine dubs him the “legendary baker of mid-coast Maine,” Port City Life has written that he is “the paragon of artisanal bakers,” and the Library of Congress National Register’s Who’s Who establishes him as an “honored professional and lifetime member.”

“You don’t want to be the best of the best, you want to be
the only one who does what you do.”
– -Jerry Garcia 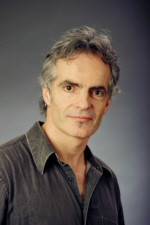 I was born in New London, Connecticut in 1959. When I was a child, my dad built our house. I helped. I bent nails and lost his tools, and slept with a hammer like other kids cuddled with a teddy bear. By the time I entered grade school I could toenail studs in a framewall and measure and cut compound mitres with a 16-point crosscut saw.

As I grew older I puzzled over a discrepancy in the house’s geometry, a place where the outside dimensions differed from the inside divisions. Then one day I faked being sick so I could stay home from school, and while my parents were at work I took hammer and saw to a wall inside the closet near the staircase… and broke through!

I claimed the unfinished triangular space concealed beneath the rafters for my secret hideout and sealed it with a hidden panel. This nook was my childhood pentemychos (click on Golden Ratio Math), ancient Greek for gateway to the future and realms beyond…the best part was that through the stairwall I could still hear mom’s call for supper!

I continued building and designing using golden ratio math, eventually parting from collegiate study in microbiology and biochemistry to become a master tradesman in architectural restoration, ergonomic tools and furnishings, and woodcarving.

When I first moved to Maine, I exchanged woodworking knowledge for my neighbor, Stan Joseph’s, breadmaking tips. The earliest loaves were ashcakes buried in an open outdoor firepit burning the boughs from the timber I cut into floorboards and other material for our house. Later I used golden math to construct a seven-ton brick oven and to develop more than 60 recipes for international breads. I still sell versions of the bread I learned to make from my neighbor Stan.

In 2003, with the enormous popularity of Dan Brown’s The Da Vinci Code, I started to advertise the fact that I had been utilizing Golden numbers for decades. Named after the Greek word for wisdom – Sophia — my present bakery offers more than bread, however. It’s a gallery for oil paintings structured by the same “sacred geometry”, the most celebrated public art library in town, a forum for lifestyle talks balancing commerce and creativity, and a sanctuary steeped in old-world ambience.

The I Ching states “man achieves the height of wisdom when all he does is as self-evident as what Nature does. “I’m not a doctor or clinician. My degree is the tradesman’s accumulation of day-to day doing.

I’m a craftsman of wholesome foods that move people.

Medical student John Littel penned in the bakery guest book, “I found Sophia’s… searching for places to study for my medical board exams… it was the food that captured me… and made me a regular. This is food that should be distributed among us like heirlooms to remind us of our co-evolution with vegetables and grains and BREAD, food that could heal our broken, weird relationship with the things we eat.” 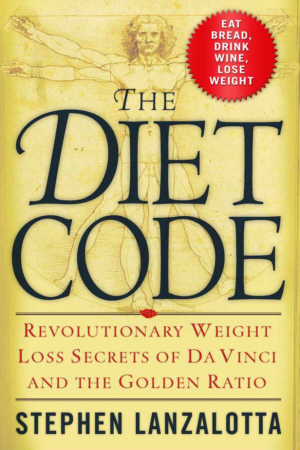