Before turning to writing fiction full-time, Carner worked for Redbook magazine, was the publisher of Savvy Woman magazine, and founded a successful marketing consulting firm servicing Fortune 500 companies. She taught at Long Island University’s School of Management and was a volunteer counselor and lecturer for the Small Business Administration. In 1993 she was sent twice by the United States Information Agency to Russia, and in 1995 participated in the NGO women’s conference in Beijing. 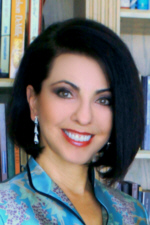