Ropes, revolvers, daggers, arsenic. . . . They are the classic, go-to murder weapons, from Christie to Clue. But death by bookcase? With one good shove, a crafty killer can keep investigators guessing: did it fall or was it pushed? That’s what sassy Midwestern librarian Karen Nash must determine—and if so, who did the pushing—when an avalanche of books and splintered wood fatally flattens Sally Burroughs, the ex-girlfriend of Karen’s squeeze, London B&B proprietor Caldwell Perkins, who appears the most likely suspect for murder. In the library. With the bookcase.

And maybe he has grounds? Just as he and his librarian love are making a go of opening their dream bookstore (that’s bookshop, in British English), Sally pops up years after abandoning him, to demand her share of the B&B’s sale. To Karen’s orderly mind, sorting her jumbled feelings about uprooting her life in Minnesota and taking a chance on Caldwell is much like sorting his four-thousand-three-hundred-and-twenty-four precious volumes: everything has its place. A little research reveals that more than one person may have had Sally issues, and Karen must prove that Caldwell is obsessed with books, not revenge. But will her hunt for a killer turn up too little, too late? 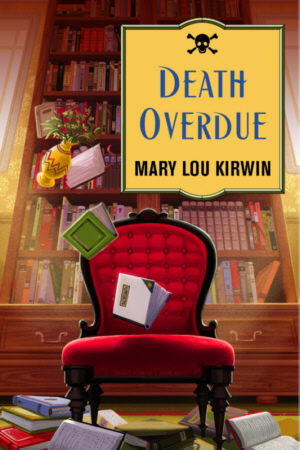