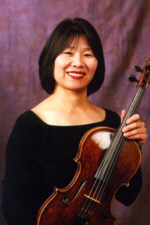 In 1972, after President Richard Nixon renewed American relations with China, my eighty-four-year-old grandfather wrote asking me to visit him in Beijing. My brother, American-born like me and who had just returned from seeing our paternal grandfather, reported that Yeh Yeh had recently been arrested and interrogated by the Communist Red Guards. You have to go see Yeh Yeh, my brother insisted. Time is running out.

What did my brother mean by his ominous message? I had heard rumblings of the purges sweeping through the ranks of intellectuals and artists in China, but could not believe they might be directed against my grandfather and uncle and aunts living with him. A few months later, I received another aerogram from my grandfather begging me to see him. I was alarmed by the urgency in his tone, yet at the time was feeling overwhelmed by the demands of my life as a young professional musician. I wrote back promising that I would go to see him as soon as I could.

After that, Yeh Yeh’s letters abruptly ceased. Despite China’s repression of news about her internal affairs, word of the Cultural Revolution, by then full-blown, reached the United States. I heard a smattering of details and caught the scent of terror, but as with the Holocaust did not begin to grasp the true horrors until much later.

In September, 1978, two years after the end of the Cultural Revolution, I received a thin blue aerogram from Yeh Yeh. His handwriting was shaky and barely recognizable, his last line veering toward the bottom of the page like the trail of a dying moth. By this time everyone in my family had gone to see him, returning with accounts of what he had endured. The Red Guards had strapped a mattress onto his back, forcing him to walk down the street on his knees before the entire neighborhood as an example that scholars like him deserved no better than the proletariat. They forced him to wear a dunce cap, to recant his beliefs and apologize for his transgressions against the state. They threw his entire life’s work, volumes of poetry, theology, and scholarly treatises into the street and burned it.

At the time he wrote this last letter he was ninety years old, deaf, nearly blind and crippled with arthritis. His wife of seventy years had recently died. His final words to me were weighted with loneliness and despondency:

“Dear Sung Lien,
Come see me soon, before it is too late, for I am failing.”

I wrote Yeh Yeh promising that I would see him in December, during Christmas vacation, the earliest I was able to break away from my first probationary year in the Indianapolis Symphony.
In October, as I was raking leaves in my yard, my mother called. Yeh Yeh was dead. He had taken sleeping pills. I collapsed in tears and regret.

Why hadn’t I gone to see my beloved grandfather? Why had I kept putting off going to China? Why did I still feel the inexorable pull there even though my sole connection, Yeh Yeh, was gone?

Yeh Yeh’s House is my inquiry into these questions.

In the Fifties we were the only Chinese family in Arlington, Virginia. White Americans mistook us for Japanese and blamed us for World War II. Or perhaps they thought we were Korean, the root cause of the Korean War. In the Sixties during the Vietnam War, we were viewed as enemy gooks. Or so it felt.

Still, my family settled in as Americans. We bought a Ford sedan, watched The Wizard of Oz on television and ate McDonald’s hamburgers thinking they were a refreshing change from stewed chicken gizzards and rice. Even so, from the time I was a young girl I sensed something wasn’t quite right, that the things we bought and did led to a kind of fake identity that was not truly ours but something borrowed or pilfered, like a hat or mask we paraded around in but would eventually have to give back to the rightful owners.

Every now and then a blue aerogram would arrive from China addressed in my grandfather’s tiny, meticulous script. Informed that he was a world-famous scholar, poet, and theologian, I began a correspondence with him, thrilled by the thought that my letters made their way thousands of miles across the ocean to a place called China. Yeh Yeh, ever the scrupulous teacher, marked my letters bloody with his corrective red pencil and returned them with his thunderous edict: DO NOT SPLIT YOUR INFINITIVES! I grew to revere him as a figure of incontrovertible authority, as mighty and awesome as the Wizard of Oz.

All those years I thought I provided creditable, albeit selfish excuses for not going to China to see my grandfather. As a young classical musician I had auditions to take, concerts to prepare, professional engagements requiring travel all over the world. Yet when Yeh Yeh died I was forced to face the possibility that other reasons held me back—that I feared our relationship was based on mythology and fantasy, that China was the faraway land of Oz and my grandfather merely an imagined character tethered by weightless blue aerograms dropped from the sky. To face him in person would be to destroy this precious romantic construct of my childhood. I feared that as a child raised in America I could not possibly measure up to what I imagined he, a quintessential Mandarin, expected of me. I wasn’t a scholar or poet. I couldn’t even speak or write the Mandarin language. Even my parents with their accents and unmistakable immigrant air maintained their dignity and authenticity as China-born Chinese, whereas I felt like an imposter. Though fluent in American ways I was certain that I was unmasked by my Chinese face and transparent, incongruent soul. I felt bound to China in fundamental ways even though I was unable to identify, much less grasp the links. Confusion and shame prevented me from presenting myself to my illustrious grandfather.

Finally, in 1987, after my uncle and aunts journeyed all the way from Beijing to America to cajole me to go to China, I decided at last to embark on my long-deferred pilgrimage. Again it seemed I had tarried until the eleventh hour, as all of China was being transformed from primitive state to modern nation virtually overnight. With strip-mining efficiency the Chinese government razed individual homes and entire neighborhoods to build cheap public housing. Among those slated for demolition was my grandfather’s house, one of the last private homes left standing in Beijing. Though my uncle and aunts, who still resided there, Chinese citizens, and students vigorously protested this annihilation of precious Beijing history and an entire way of life, they could not stop the bulldozers. Government steam-rolled public will until two years later tensions exploded, resulting in the bloody and disastrous Tiananmen Square Uprising.

In comparison, the only stumbling block left for me as I prepared for my trip, the fact that I was traveling with my mother, seemed utterly trivial.

My mother had escorted my brother and sister on their virginal passages to China, making such trips an incontestable family custom, and this time she had me in tow. We always had a tempestuous relationship based on hot and sour temperaments and clashing views as immigrant and the middle child she had planted in the drastically different and often hostile American land. Already inchoate and volatile, communication between us was further impeded because she was self-conscious about her English and I was embarrassed about my Mandarin. Despite feverishly taking Chinese lessons prior to our trip, I still came across as the village idiot of Cathay. I dreaded that, like a toddler, I would have to rely on my mother for everything throughout our journey, but I also secretly hoped that by reverting to this child-like state of innocence I might begin to view her in a new way, less as the awkward and frustrated foreigner in America but as the Chinese woman returning to her homeland who might connect me to a country and people I wanted desperately to know and embrace.

How was I to foresee that on this journey to China I might nearly roast to death, drown, be gulped by a fish? That my mother and I would spend five weeks struggling upstream, unable to reach Beijing from our entry port of Shanghai due to a mysterious disappearance of all train and airplane tickets to the capital city? Surely Fate seemed fixed against me. As though by perverse design we caromed from Suzhou, the city of canals, to Hangzhou and Xi’an, down the Yangtze River to Wuhan, and on to Chongqing and Changsha, each city or port taking us farther away from my grandfather’s house in Beijing. Time and again I all but gave up hope, until finally it seemed something in my karma gave way, as if Yeh Yeh, looking down from his place among our ancestors, beckoned to me through parted waves.

What waited for me on the other side came as a surprise, one that is ongoing. Like so many surprises it was not as spectacular as subtle, close by, right in front of my face. I did not have to go to China to realize it, though it was by going there that I was made to see. Now I realize that this is what my grandfather had meant to tell me all those years. That paradoxes go on, and such is the nature of inquiries like this.

Evelina Chao is accomplished as both musician and writer. Chao was born in Chicago and raised in the Richmond Virginia area. She began her music studies at age eight and went on to attend the Julliard School. She currently lives in Minnesota where she writes and also holds the chair of Assistant Principal Viola with The Saint Paul Chamber Orchestra. Her first novel Gates of Grace was published in 1985 to enthusiastic reviews. Her new book YEH YEH’S HOUSE is a memoir. 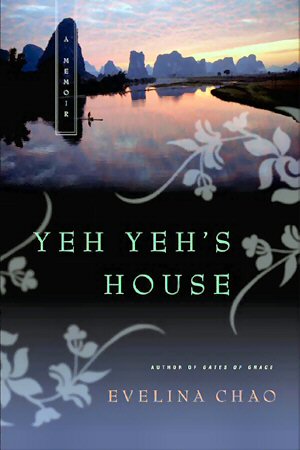