The Story Behind BRISTOL HOUSE by Beverly Swerling

This novel has been lying in wait for me for over two decades.

I first visited Number Eight Bristol House, the flat in the Holborn section of London that occupies a pivotal role in the story, in 1991. The flat belongs to my son’s in-laws and on that initial visit I saw exactly what my heroine, Annie Kendall, sees on the first page of the novel, high ceilings, fireplaces, a lived-in charm nowadays called “shabby chic,” even the tiny back bedroom around the bend of a long corridor. I did not see a ghost.

It rather depends on what is meant by the term.

Bristol House is based on my suspicion that we’re all here all the time, but we aren’t usually able to see one another. Though sometimes, for some reason I don’t pretend to understand, we can.

I think that’s what Einstein was saying in his famous analogy of time as a river in which everything is present, but we can’t see around the bends. Also what T. S. Eliot had in mind in those equally famous lines from Burnt Norton: “Time present and time past are both perhaps contained in time future. And time future contained in time past.”

I believe this synchronicity of experience, the circularity of time, is at the root of much of what seems most mysterious in our world.

My background is both Catholic and Jewish, and I have been profoundly influenced by that shared faith tradition. It is not an accident that this novel – all my novels – speak of belief and hope, and that frequently the voices of my characters echo from a place we can only occasionally glimpse out of the corner of an eye, but never bring into precise focus.

I make it all up, but I am convinced it’s true. 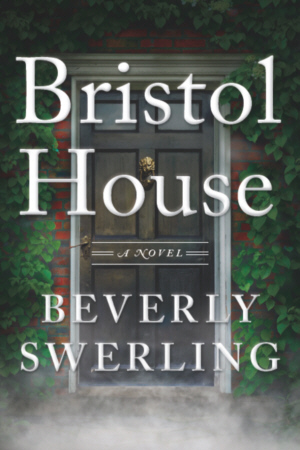