The Girl in the Garden

The idea for The Girl in the Garden came to me one night in the winter of 2004, during a trip to India. I had just completed my first term as a graduate student in the Creative Writing program at Trinity College Dublin and had flown to Kerala, along with my parents, to visit relatives.

As a child, I loved the novel The Secret Garden. Leaving behind the modern comforts of the West to enter the old-fashioned, culturally confusing world of my father’s village, full of strange new discoveries, I often felt like Mary at Misselthwaite Manor, except in Mary’s case she was leaving the familiar world of India behind for an England she saw as at first, cold and unwelcoming, and gradually, a place of magic. For me, Kerala’s verdant jungles, wild and untended, were the perfect environment for a curious child to uncover buried secrets.

We were staying in the rambling farmhouse where my father grew up and one evening after sunset, a group of us headed to the village temple. Unlike the bustling city where my mother’s family lived, my father’s childhood home seemed untouched by time. We had only a few flashlights to guide us through the dirt roads, which were surrounded by forests and blanketed in an impenetrable darkness. Only able to see the few inches of ground directly in front of my feet, the rest of my senses were heightened, alive to the sounds and scents of deep India.

Like Rakhee, I slipped off my sandals when we arrived at the temple and winced at the sharp stones underfoot, while my family walked about with relative ease. The temple idols were bathed in the glow of flickering torches, while bells rang and sticks of incense burned. One of my cousins grabbed my hand, pulling me away from the swarm of worshippers and guiding me toward the remnants of a stone wall, with a vast green field just beyond, and an ancient-looking well at its center.

“People say that well is haunted by a yekshi,” whispered my cousin with a smirk, “A ghost.” She was in her late teens, too old to believe in such things, as was I, and while I knew that she was pointing it out more as a curiosity than as something to be feared, the moment was nonetheless arresting. I began to imagine that we were not two sensible adults standing at the edge of that wall, but children, still imbued with the innocence to believe in a world where ghosts and enchanted wells could exist.

I lay in bed that night, thinking about the field and the well, and I imagined into the picture a tree with branches covered in red flowers. I dreamed of two little girls huddling under the tree and the petals of the flowers showering down around them. I knew I wanted to write about that image, so I began to think about who those little girls were, how they got there, and why they were huddled under the tree.

The stirrings of a story growing in my mind caused me to see India in a new way. The village, the paddy fields, the Ayurvedic hospital that my grandfather had founded — they all became characters, as well as the house. My grandfather had built it shortly after he married my grandmother, and gradually expanded it to accommodate the nine children that would eventually be born within its walls. It always seemed to be a thriving center of life and activity, and even in my early visits there, I remembered cousins, uncles, and aunts flowing in and out, and my grandmother, the queen of the house, sweeping through the halls.

My grandmother had recently passed away, and this was the first time we had returned without her. Her absence was palpable. The house seemed to have degenerated. I noticed small changes—door hinges that creaked, treasured photographs destroyed by age and heat, peeling paint. Most of the farm animals had been sold and their stalls stood empty and overgrown with vines.

I never had the chance to meet my grandfather, who died when I was ten days old, but from stories I knew that he was a hero to his children and a man with enormous compassion for his patients. My grandmother had been the purest, most loving woman I had ever met. In their passing, something incalculably precious was lost—a sense of family history that having grown up thousands of miles away, I only rarely felt when I had wandered as a child through those old rooms. The house had fallen, not, like Ashoka, as a result of poisonous secrets, but from the inevitable passage of time. 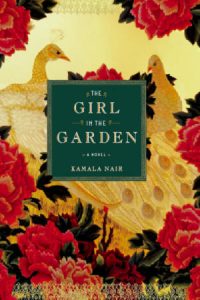