The Story Behind CANCEL THE WEDDING by Carolyn Dingman 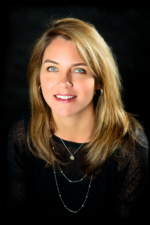 The first fragment I wrote of CANCEL THE WEDDING was the scene in the cemetery. That entire night had been living in my mind for weeks, and I had to write it down to get rid of it. I could smell the damp mud and feel how the dense, Georgia clay was making it difficult to dig. I could see the way the light from Logan’s flashlight bounced around as she tried to swat at the mosquitoes. I could hear Olivia and Georgia bickering, the way sisters do, as a way to break the tension they all felt at committing this strange act in the middle of the night.

That scene had come together from disparate things happening in my real life at the time. The first, and most emotional, was seeing my husband struggle with the death of his father. Watching the strange way this monumental but inevitable event altered his view on life actually shocked me; the myriad things he now questioned were endless. I knew that my character Olivia would be plunged into a similar state of confusion when her mother, Janie, died. I knew she would suddenly and inexplicably wonder if she should cancel her wedding, quit her job, drink less vodka. I knew she would feel so untethered in this questioning that she would want to make a run for it.

The second thing was that I had spent that summer avoiding invitations to join friends at the lake. The many creative excuses I made, in my opinion, bordered on genius, but the truth was that I just couldn’t bring myself to spend time in the muddy water of those manmade lakes. It had been a summer of drought that made the water levels lower than ever. As the waters receded, eerie relics of the past emerged: old street signs, power poles, foundations from houses. The long buried past of drowned towns poked out to remind you that they were still under there, lurking. And if that wasn’t reason enough for me to avoid getting in that water, people were drowning. Every year someone drowned in these lakes, but this particular summer, they were having trouble recovering the bodies. Why couldn’t they find the bodies, and why would my friends think I would have any desire to go water skiing out there with corpses floating around? I knew that if I needed a setting to hide an entire world that had been lived, lost, and forgotten, I needed to look no further than a north Georgia lake.

The last crucial nugget contributing to that scene in the cemetery was a search that my sister and I were considering. We wanted to take a roadtrip to Arizona to locate a small, Catholic churchyard where we hoped to find the remains of a two-year-old boy named William. William was my mother’s baby brother, and when he contracted tuberculosis the family was sent from their hometown in Missouri to a hospital in Arizona where the dry, desert air was thought to be healing. So my grandmother, my mother—herself a small girl—and this tiny baby lived in a lonely desert far from home for two years while William struggled. When he finally died, his body was buried behind the Catholic church near the hospital, and my mother and grandmother returned to their home in Missouri. My sister and I wondered if we could find little William, exhume the remains, and have him moved to the empty grave next to his mother so that we could bring mother and child together again before he was forever forgotten.

I knew our desire to reunite that family and lay it to rest in their hometown was born out of some nostalgic longing for our own sense of place. I think we were desperate to dig in and plant our roots somewhere that resembled a hometown. My sister and I were raised as nomadic Air Force brats, traveling from place to place, school to school, never once looking back. Our mother and father were both only children, as were three out of four of our grandparents. So the idea of an extended family, of cousins or aunts, or of generations of relatives rolling out behind them, was completely foreign to us. Our entire family unit, as far as we knew, could fit comfortably in a Volkswagen Beetle and that Beetle was constantly on the move, leaving behind transient friends we had made and heading off to make new ones. When you grow up like that, wandering untethered through life, never able to pinpoint a place on a map and say with confidence, “this is where I come from,” you long to create it for yourself even if it is merely contrived through the romantic idea of a family graveyard.

Those were the factors at work when I wrote that scene, and from there I went back to the beginning, back to Olivia deciding in an instant that she needed to make this journey. Whether her roadtrip was driven by an honest need to discover her mother’s hidden past, or because she simply needed a convenient excuse to bail out on life for a while is never clear even to Olivia.

Someone had to ride with Olivia on this roadtrip south to dig into her mother’s past, but it couldn’t be Georgia, Olivia’s older sister. Older sisters are, by their very nature, bossy and judgmental. And Olivia was about to do some things that could be judged harshly. So it is Logan, Olivia’s fourteen-year-old niece who goes along for the ride.

I love the dynamic between Olivia, a responsible intelligent adult rebelling against her life, and Logan, the only real witness. Logan suddenly seems to be the levelheaded one, and Olivia is the one drowning in boy drama and drinking too much and claiming to lose cell service as a way to avoid reality. Olivia is such a hot mess that her struggles even manifest themselves physically. Olivia falls down a lot, managing to injure herself constantly. I stole this little bit of truth after a second trip to the ER with my husband to get stitches in his hand after his father died. For some reason, maybe he was overly tired or not paying attention as he normally would, but my husband was constantly getting hurt. As if the emotional grieving weren’t enough, he had to unknowingly self-flagellate. Logan is able to comment on all of Olivia’s actions and behavior with humor instead of condemnation, and she also serves as a crucial touchstone to home.

Olivia’s struggles begin with dealing with her mother’s death and the question of this looming marriage and just get worse when she meets Elliott. She’s instantly drawn to him. It isn’t just the question of Leo versus Elliott but also of one Olivia versus another. And most importantly to Olivia, she wonders what her mother would do or think about these choices. She keeps frantically digging into her mother’s past thinking that understanding everything will somehow clarify what Olivia should do in her own life.

The roadtrip begins with Olivia, Logan, and the remains of Janie heading to the small fictional town of Huntley, Georgia on the banks of Lake Huntley. What Olivia hopes will be a quick, healing journey ultimately opens up a world that she never knew existed. The town of Huntley illuminates what it means to be Southern, the people and traditions of this place finally explaining a part of Janie that Olivia never understood. The lake slowly reveals its secrets about a town lost, lives shattered, and Janie’s first love. Through all of this, Olivia begins to understand herself, and as she stands in that graveyard in the middle of the night with her sister and her niece putting an end to her mother’s last struggle, she knows what the answers to all of her own questions should be. 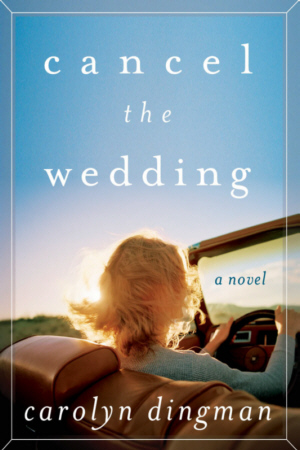