No memoir of Robert Smalls exists, to my knowledge, nor a diary kept by Jane McKee. The McKee’s daughter Liza Jane did not marry Ellison Petigru and the Robert Barnwell Rhett family had no fifth son named Peter. Robert Smalls learned to read, but we don’t know how, and he met and married Hannah, but we know little of their early life together. There’s a great deal of speculation regarding the identity of Smalls’ father, but no conclusive evidence. The McKees lost a son at age five, but we don’t know the cause of his death. A rich legend holds that Mrs. McKee, late in life, returned to Beaufort when the Smalls family resided in her former home; she was old and suffering from dementia, and they took her in and cared for her until her death. I want to believe this beautiful story is true, but cannot confirm it. Even the provenance of the surname Smalls is something of a mystery.

But these things are known: Smalls did learn to read, if poorly. He did negotiate to buy and marry Hannah while both of them were still enslaved. He did commandeer the confederate steamer The Planter and deliver her to the Union navy, and have audience with Lincoln. He did return to Beaufort after the war and buy the house on Prince Street. He did serve in the state legislature and five terms in the US Congress, and he not only provided for the education of his own children but he wrote legislation resulting in free compulsory education for the children, all the children, of South Carolina.

And yet – most Americans have never heard of this man, this courageous and brilliant unsung hero. I discovered Robert Smalls in Beaufort in 2013, and have been in love with him ever since.

This story is inspired by his remarkable life. Apart from the details above, the narrative is an imaginative work, and I hope it inspires readers to learn more of the man and his extraordinary contributions. 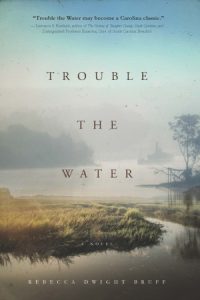