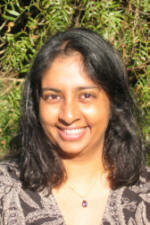 When I decided to write my first novel, I knew right away that it would be about papermaking. Paper has always fascinated me. As a child, I was forever asking for a clean sheet; in old photographs, I’m often clutching that empty page. Sometimes I actually wrote on the paper, but most times, just holding it gave me a sense of comfort.

My search for the story behind papermaking focused primarily on the craft’s spread during the Middle Ages. I’ve long thought that, if not for the plague, the Middle Ages would have blossomed into the frenzy of thought, reason, and discovery that characterized the Renaissance. The later part of the medieval era was ripe with change, teeming with growing tension between the burgeoning middle class, the corrupt Church, and a nobility worried about its own power. How would paper, an invention brought to Europe by the Moors and deeply distrusted by the Church, have fared in such a chaotic environment?

In order to pick the right location to host my tale, I looked at the small towns along prominent trade routes leading from Spain—where the Moors built some of Europe’s first paper mills—to France, Italy, and England. Today, each town is still a goldmine of history, proudly boasting of the turmoil and destruction it’s survived to history-savvy travelers, but I ultimately chose Narbonne as my setting. Situated in the heart of heretical France, where alternate religious philosophies often thrived alongside the Church, Narbonne remained a haven for heretics, Jews, and other undesirables even during the Inquisition. Compared to the thousands who were consigned to the flames in neighboring cities, very few people burned in Narbonne. And the town has a colorful cultural story of its own: its rise as a prominent trading center and its surprising demise, brought about by the flooding of its river.

Much of medieval Narbonne can still be seen in the city today. Though the Vicomte’s Palace has been lost to time, the Archbishop’s palace, which went through centuries of construction, remains an impressive edifice. The donjon has been preserved with eerily little degradation. St. Paul’s, in the Bourg, looks little different than it would have in Auda’s time. Her namesake, the river Aude, still flows through the city. So much of the medieval flavor has been preserved in Narbonne that when I walked down the old cobbled Via Domitia, sniffing the smells of myrrh and incense in St. Paul’s, I almost felt my characters come to life. I felt their excitement at introducing the new craft of paper into their older world as if it were my own.

Developing Auda as a character to love and admire was not as easy a task. I didn’t want to write another historical novel with a heroine taken from modern times, a feminist who believed men and women were equal and set out to prove it. Nor could Auda be one of the illiterate commoners, with a convenient faith in this incipient art of paper. Her ability to read and write and her love of paper had to be born of need as well as desire. Through several incarnations, Auda appeared as an orphan, a cripple, even a healer. Eventually, she emerged as someone who didn’t recognize her own limits, someone who had every reason to use paper, for nothing less than to find her own self.

People often ask me why I write historical fiction, where these characters and themes come from. I was never a particularly good history student in school; dates and names often elude me. The best answer I can give is that historical fiction appeals to both sides of my brain. I love the empiricism of historical research and the creativity of writing. It is a good balance between reality and imagination, not unlike the duality at the heart of Auda’s story itself.

My research for the novel began with a practical experiment trying to recreate paper production from the Middle Ages. For two months, I kept a bucket of molding linens on my balcony, judiciously adding bird droppings, lye made from ashes, and rainwater to help the cloth break down. Each day, I recorded the color, consistency and pH of the mixture. Then, I would inhale the sharp scents, press the slick material between my fingers, and capture every detail in paragraphs of description. I’m not sure where the scientific observation stopped and artistic expression began, but I do know that much of what I learned in this experiment made its way into my novel.

In many cases, researching the past made history feel more modern than I ever expected. People in the medieval era seem to me every bit as curious about the world as we are today. Nobles debated the meaning of love in their courts. Learned clergymen discussed heady subjects like whether sex brought one closer to God. Dissidents questioned the feudal system and the meaning of freedom. There were even people who wondered what role the written word could have in a culture weaned on oral news and entertainment. And Auda encounters all of these dilemmas, in varying degrees, throughout the story.

My goal in writing this novel was not to write a story that probably did happened, but one that could have. The narrative of history, for me, is just like fiction with some immutable facts thrown in. All I had to do was stretch my imagination and let the story come to life. I hope you will do the same. 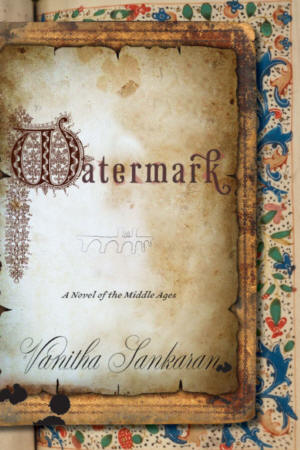