Kirkus Starred review – November 15, 2013
A young Massachusetts woman is prompted to share her messages from God with the Catholic Church hierarchy in Merullo’s warmhearted addition to his series of unusual religious novels (American Savior, 2008, etc.).
Cynthia Piantedosi attends nursing school and lives quietly with her taciturn, widowed father in Revere, Mass.; the constricted yet nurturing working-class milieu she describes in the novel’s early chapters will be familiar to readers of In Revere, in Those Days (2002). Since she was a child, Cynthia has had “spells,” visions carrying her away from the everyday world. “You are being asked by God to do something,” says Father Alberto, the unconventional priest who becomes her mentor. After his death in a traffic accident, Cynthia grows to believe that God is calling her to be a priest. She’s aware, as the unsympathetic local Monsignor tells her, that this is against church teachings, but Cynthia is impelled by the increasing force of her visions (beautifully depicted by Merullo as experiences of the world’s divine harmony and unity) to press her case all the way to the Vatican in Rome. There, she is accosted at her hotel and then followed on the street by a mysterious man who may have been sent by forces within the Vatican hostile to the changes Cynthia believes are necessary to keep the Catholic Church as a living spiritual force in people’s lives. These thriller elements provide additional narrative energy as Cynthia goes from Rome to Genoa to meet with a reform-minded cardinal, and the denouement is decidedly dramatic. But the real drama here is in the heroine’s relationship with God—and secular-minded readers who think such matters don’t interest them will think again if they give half a chance to Merullo’s loving portrait of a quiet, unassuming woman impelled by faith into deeper engagement with sorrowful, suffering humanity.
A fresh, moving portrait of religion as it could and should be. The cliffhanging finale offers hope that we will see more of Cynthia’s odyssey in future books.

Library Journal Starred review – November 1, 2013
Unassuming Cynthia lives with her father outside of Boston while going to nursing school but is called to play a bigger role in history. The young Italian American protagonist leaves her hometown when prayer-induced visions impel her to go to Rome. Saddened that worshippers are leaving the outdated Roman Catholic Church by the millions, Cynthia is compelled to follow her destiny and let her power grow. Introspection tells her that God is asking her to become the first recognized female Catholic priest since early Christianity. She uses quiet logic to appeal to archbishops and cardinals, but they fear that this could lead to all kinds of havoc, including women popes. Amusingly told with exquisite delicacy, Merullo’s compelling and suspenseful tale of faith propels the reader through mystery and revelation. Will dark forces permeating the Vatican use the knife they hold to Cynthia’s back as she waltzes through her mysterious mission? VERDICT This spiritual journey, full of transcendent descriptions and plot twists, brings many moments of wisdom and humor to savor. For anyone with a philosophical bent, Merullo (Breakfast with Buddha; the Revere Beach trilogy) illuminates truth as only the keenest of observers can.
—J.L. Morin, Boston Univ.Library

Publishers Weekly Starred Review – October 14, 2013
“Merullo’s (Breakfast with Buddha) latest is a page-turning novel of religious ideas written with love and imagination. Cynthia Piantedosi is a devout young Catholic woman studying to be a nurse. From her childhood she has had “spells”—times of intense absorption in prayer. With the help of her parish priest, she gradually discerns that God is calling her to the priesthood, and she sets off for Rome to make her argument for change to the Catholic hierarchy. With fillips of The Da Vinci Code conspiracy and Eat Pray Love gourmandism (in novels, every meal eaten in Italy is divinely inspired), this book will speak loudly to Catholic readers; some will cheer and others will object loudly. It also sings with finely observed details of family relationships, ethnic neighborhood life, and the life of prayer. The shoulda-seen-it-coming ending is a miracle. Merullo’s prior novels about faith have sold well; here’s praying for a similar outcome for this fresh take on institutional religion and what it means to hear God’s voice.” 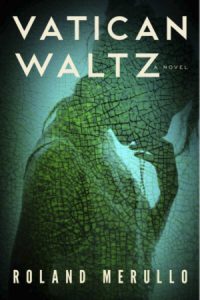